'Give Klopp a couple more beers!' - Robertson's cheeky bid to get a few days off

'Give Klopp a couple more beers!' - Robertson's cheeky bid to get a few days off 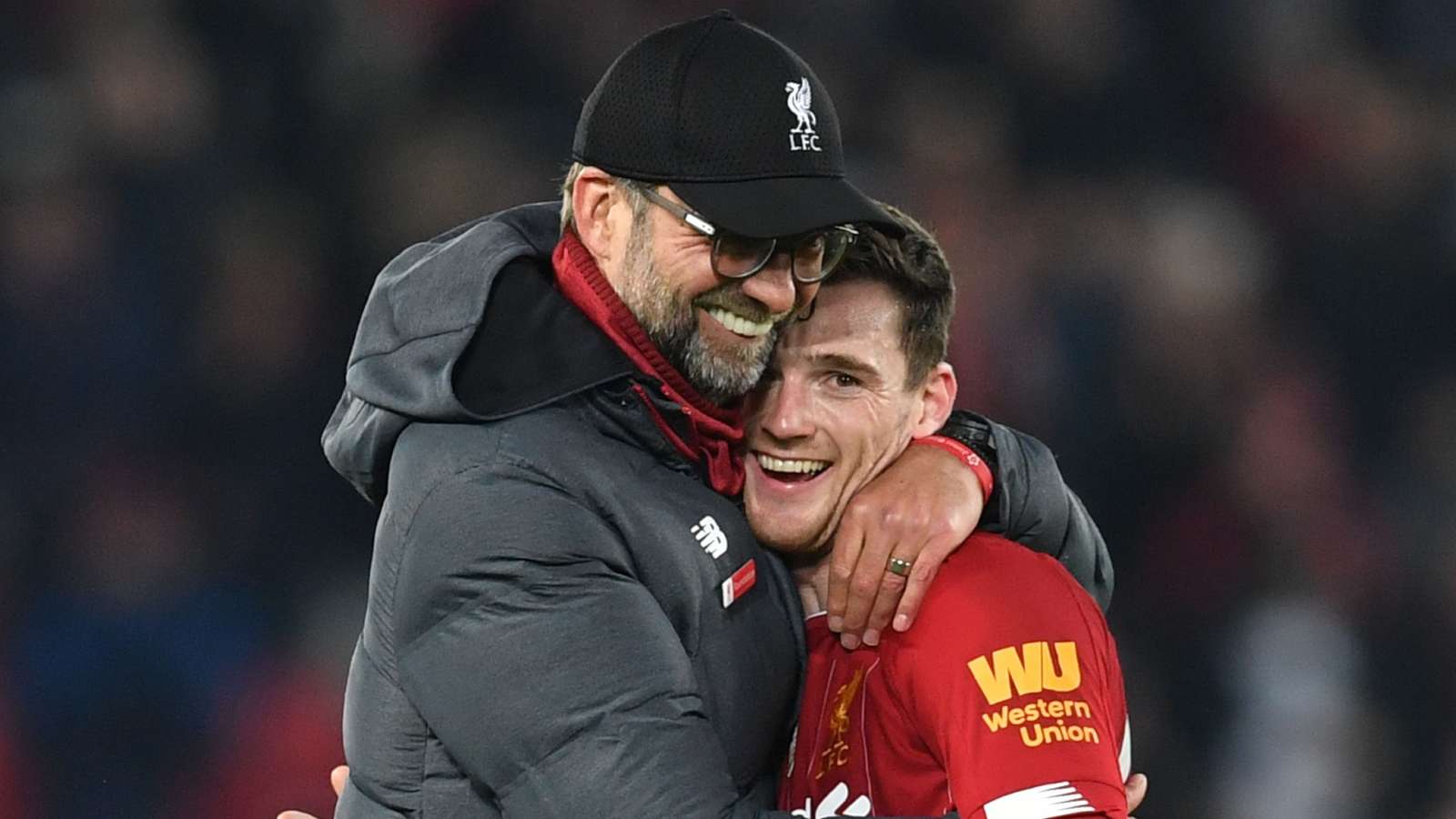 Liverpool defender Andy Robertson is hoping a few beers could be enough to sway Jurgen Klopp to give the side a few days off after they wrapped up the Premier League title .

After Manchester City lose2-1 to Chelsea on Thursday , the Reds secured their first league title since 1990, having themselves smashed Crystal Palace 4-0 the day prior.

With Liverpool's next game not until July 2 against Pep Guardiola's side, the squad are hoping to enjoy a few days of celebrating and Robertson is hopeful Klopp will grant them some time off with a bit of encouragement.

"We're still trying to convince the boss downstairs to give us a few days off! Give him a couple more beers and I think we'll get two days off,"Andy Robertson joked to Match of the Day .

"We won’t tell you the exact location but we are all in a hotel together as a team. We thought something hopefully special was going to happen and that’s how it turned out.

"We went a bit crazy but the place went a bit silent when Kevin De Bruyne bagged a worldie free-kick. Luckily Chelsea reacted off that.

"The place went wild and we could sit back and enjoy the last five minutes."

Klopp was also nervously watching the City game and admitted afterwards he was overwhelmed to see his side end the club's considerable league drought.

Reds veteran James Milner, meanwhile, stressed the title win was spurred on by the club falling short last season and declared theywon't be looking to pull their punches next season either.

"It shows the character in the squad to get so close last time and to go again. We have proven we are fuelled by disappointment and learning," Milner told Match of the Day .

"I am sure the hunger will stay and we want to keep being successful. It is absolutely massive, to get over the line is huge."

Liverpool still have seven league games to play this season and would end the campaign with a Premier League records 107 points should they win every one ofthose matches.