FIFA 21: How does the Dual Entitlement work between PS4 & PS5 and Xbox One & Xbox Series X

FIFA 21: How does the Dual Entitlement work between PS4 & PS5 and Xbox One & Xbox Series X 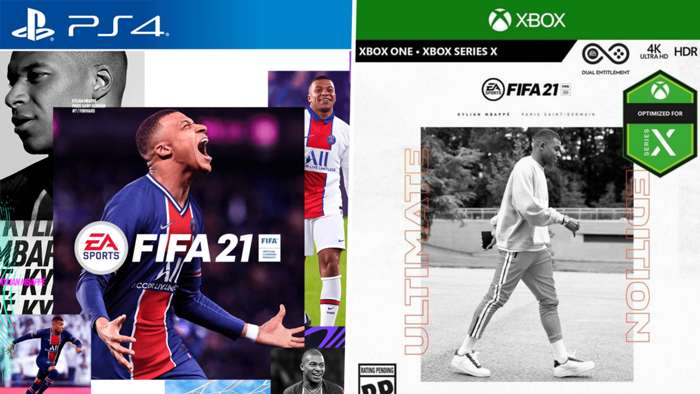 The launch of FIFA 21 on October 9 isn't the only source of excitement for gamers everywhere.

Fortunately, to save users from purchasing FIFA 21 twice for two different consoles, EA has announced details of their Dual Entitlement feature.

Goalhas everything you need to know about Dual Entitlement, how it works with FIFA 21, and more.

With a PlayStation 5 or Xbox Series X, Dual Entitlement allows users to upgrade their copy of FIFA 21 on Playstation 4 to Playstation 5, or from Xbox One to XboxSeries X for free.

This Dual Entitlement offer will be available to users throughout the whole of the FIFA 21 season and up to FIFA 22, so players can upgrade their game to the new system freely within that timeframe.

Users who have bought FIFA 21 for PlayStation 4 or Xbox One will be able to upgrade their copy should they purchase the next-generation console (PS4 to PS5, or Xbox One to Xbox Series X) in the future.

Physical copies of FIFA 21 also allows users to download and play the PS5 and Xbox Series X versions with a disc drive.

However, for users who plan on purchasing a disc-less console after owning a console with a disc drive, their physical copies of FIFA 21cannot be used to upgrade to discless consoles via Dual Entitlement.

Gamers can use Dual Entitlement to upgrade FIFA 21 for use on anext-generation console until the launch of the next iterations of the series.

This means that users can upgrade through Dual Entitlement until the release of FIFA 22 (which is expected to be around autumn of 2020).

Your Ultimate Team and Volta progress will be able to be carried over to the next-generation console.

Other modes such as Online Seasons and Career Mode, however, can't be transferred.

"All progress you make or content you acquire within FIFA 21 Ultimate Team (including players, items, coins, FIFA Points, match record, and leaderboard placement), as well as all progression in VOLTA FOOTBALL will transfer from PlayStation 4 to PlayStation 5 and back, or Xbox One to Xbox Series X and back," said EA Sports.