Every Atletico Madrid game is now a final, admits Simeone after latest draw 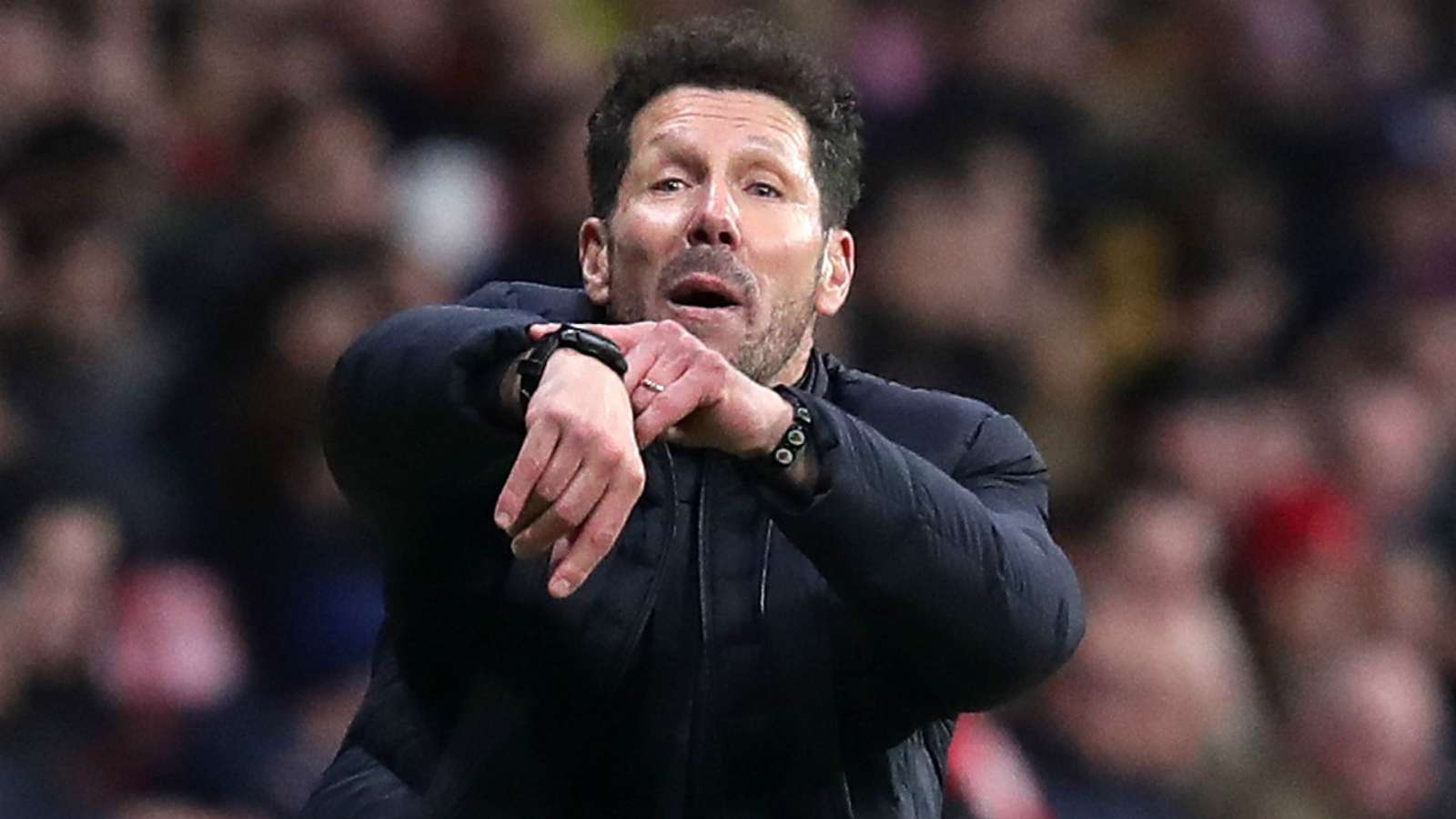 Diego Simeone challenged his Atletico Madrid players to treat every remaining La Liga match like a final after a 1-1 draw at Athletic Bilbao hindered their top-four hopes.

Throughout his eight-and-a-half-year tenure, Simeone has expanded Spain's big two to a big three – most notably when Atletipipped Barcelona and Real Madrid to the title in 2013-14.

However, they lie sixth in the standings after Saturday's stalemate at San Mames, with a 13th top-flight draw this season setting an unwanted club record.

In their previous competitive match before the coronavirus shutdown, Atletico sensationally dumped holders Liverpool out of the Champions League to reach the quarter-finals.

However, their participation in next season's competition is far from assured and fourth-placed Real Sociedad could open up a three-point advantage when they host Osasuna later on Sunday.

"The aim for the two teams was to always try to win, we started well in the first 10 minutes, then they positioned themselves better and they won the second ball and they did not let us attack," Simeone told reporters, after watching Diego Costa find a quickfire response to Iker Muniain's opener.

"The goal came, the reaction, after a very well-constructed play.

"In the second half we were closer to that victory.Santiago Arias'chance was the clearest. He could have allow us to take the victory in a stadium where you always have to work to win.

"We have one final left in each match."

Nevertheless, the Atleti boss would not rule out pairing them as a front two in future, with a Wednesday trip to Osasuna in La Liga on the agenda.

"Seeing what I see and knowing the squad, I interpreted this situation to be like this today," he said.

"Over time, they will be able to coexist. We understood that Marcos could give us some incision like he did, with some sprints, some passes and the dirty work."