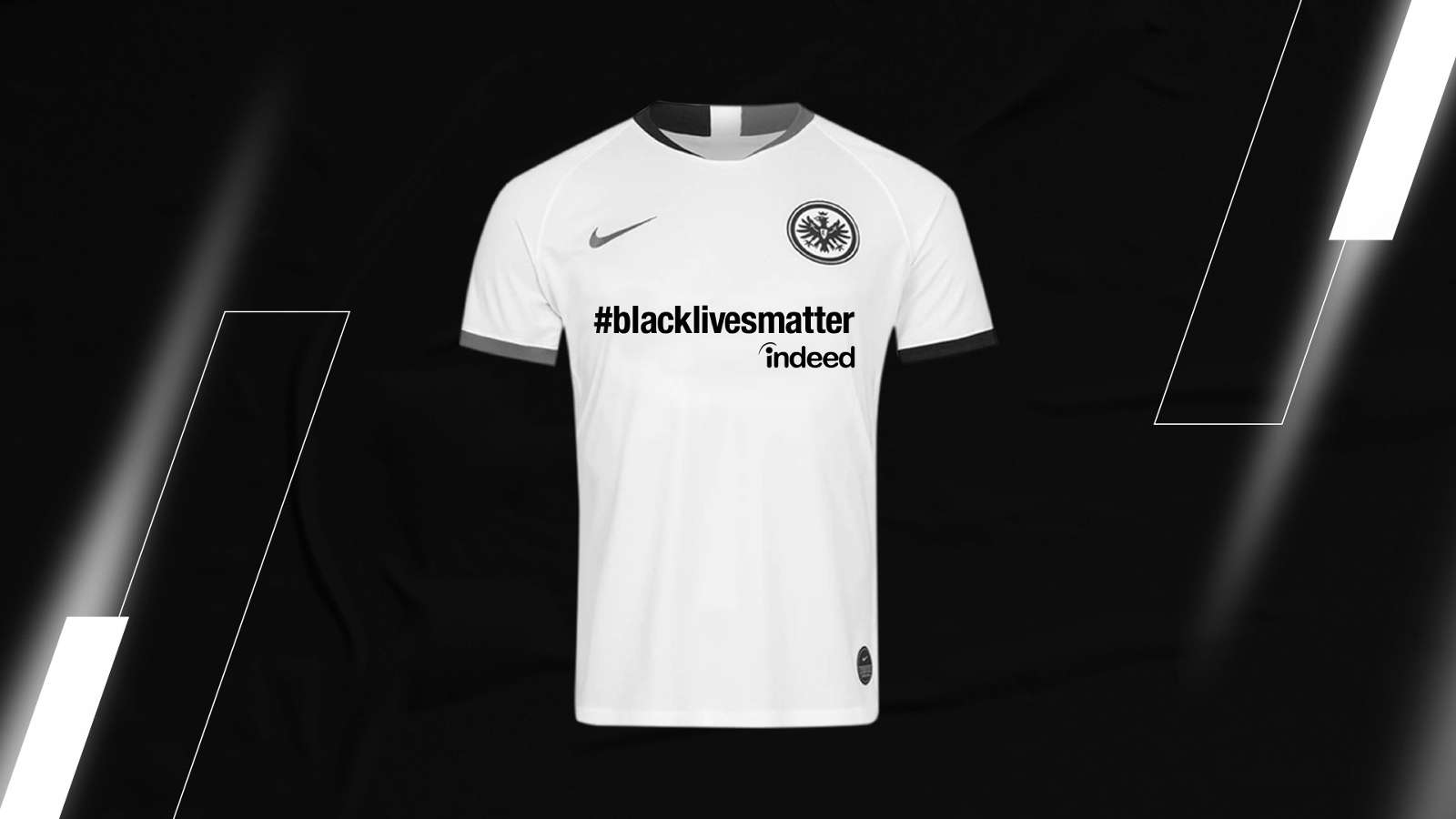 Eintracht Frankfurt will have Black Lives Matter emblazoned across the front of their jerseys during Wednesday's DFB-Pokal semi-final against Bayern Munich in a show of solidarity for the movement.

Protests have swept across the United States and beyond in the aftermath of George Floyd's death in police custody in Minneapolis on May 25.

The demonstrations began in Minneapolis shortly after, with protests beginning in all 50 states throughout the last two weeks.

Additionally, those demonstrations have gone worldwide, with similar displays occurring in England, Germany, Australia and a number of other countries.

Many sports clubs and institutions around the world have shown their support for the Black Lives Matter (BLM) cause in the weeks since.

Bayern wore BLM armbands during their 4-2 win over Bayer Leverkusen at the weekend, while all 22 players from Borussia Dortmund and Hertha Berlin took a knee in the centre-circle before their fixture.

Additionally, individual players have also taken part in displays of their own with Schalke's Weston McKennie and Borussia Monchengladbach's Marcus Thuram joining Borussia Dortmund stars Jadon Sancho and Achraf Hakimi in sending their own messages shortly after Floyd's death.

Frankfurt will make a statement of their own in Wednesday's cup semi at the Allianz Arena, with '#BlackLivesMatter' to take precedence over the usual shirt sponsor, which will be smaller and below the anti-discrimination message.

Board member Axel Hellmann said: "We have to point this out again and again, and also use the power and reach of football to forcefully deliver this important message to the world.

"The history of Eintracht Frankfurt is shaped by cosmopolitanism and international understanding. These attributes are strongly anchored in the Eintracht DNA. Racism, xenophobia, anti-Semitism and homophobia have no place within the Eintracht family and must not have a place in a liberal society."

Sporting director Fredi Bobic added: "As a team and as Eintracht Frankfurt, we stand together against all forms of racism and want to convey it accordingly."

The winner of Wednesday's DFB-Pokal match will face off with Bayer Leverkusen in the final after Tuesday's three-goal victory over Saarbrucken.

That final is scheduled to be held on July 4at theOlympiastadioninBerlin.