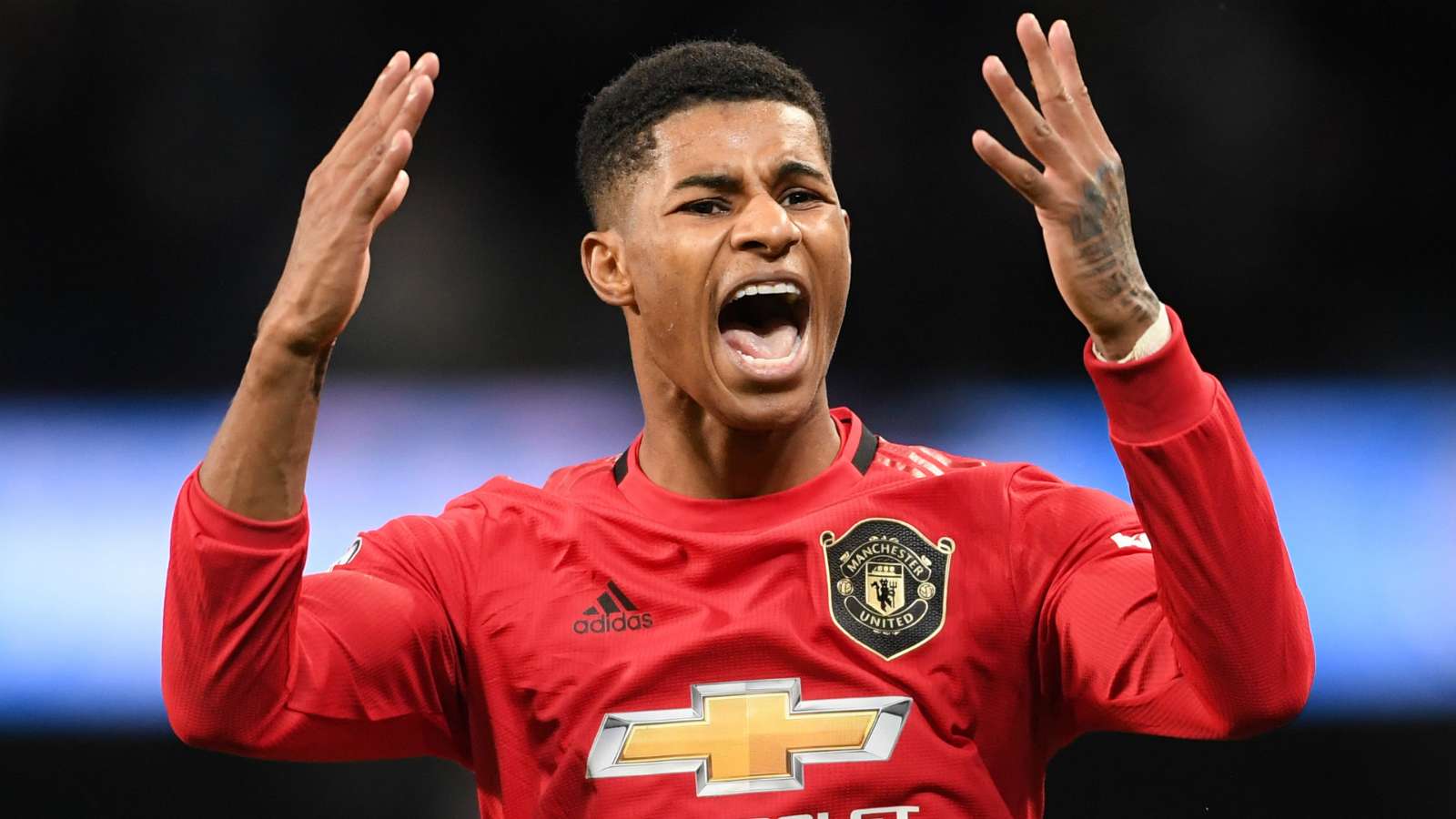 Marcus Rashford has vowed to continue his fight for free school meals, stating combating child poverty is "something much bigger than football".

United Kingdom prime minister Boris Johnson on Monday rejected a plea from England international Rashford for children who qualified for the food voucher scheme during the coronavirus lockdown to carry on receiving them after the academic year ends.

The Manchester United forward responded by tweeting: "We aren't beaten yet, stand strong for the 200,000 children who haven't had a meal to eat today and keep retweeting #maketheUturn."

In an article for The Times, Rashford called on the government to "do the right thing" and "give our vulnerable families just one less thing to worry about".

Rashford wrote: "People often ask me how it felt to score the deciding penalty against PSG to knock them out of the Champions League last season, my answer is always the same: did we go on to win the tournament?

"I have been overwhelmed by the support I've received over the last 24 hours, from MPs and members of the public, but the feeling I have is exactly the same as when we got knocked out of the Champions League against Barcelona in the next round: what did we achieve if we didn't get the result we needed? If we didn't lift the Champions League?

"Today I focus on a trophy that stands for something much bigger than football.

"A U-turn on the decision to stop the free food voucher scheme continuing over the summer holidays could help us reach the next round but we still have a very long way to go as a country to eventually lift the trophy.

"In this case, the trophy is combating child poverty.

"I don't claim to have the education of an MP in parliament, but I do have a social education. I am clued up on the difference a U-turn decision would make on the 1.3 million vulnerable children across the UK who are registered for free school meals because 10 years ago I was one of them."

In a Twitter thread on Tuesday, he added: "When you wake up this morning and run your shower, take a second to think about the parents who have had their water turned off during lockdown.

"When you turn on your kettle to make a cup of tea or coffee think of those parents who have had to default on electricity bill payments just to make ends meet having lost their jobs during the pandemic.

"And when you head to the fridge to grab the milk, stop and recognise that parents of at least 200,000 children across the country this morning are waking up to empty shelving.

"Recognise children around the country are this morning innocently questioning 'why?' 9 out of 30 children in any given classroom are today asking 'why?' 'Why does our future not matter?'"

Labour leader Keir Starmer backed Rashford's call for the government to make a U-turn on free school meals, with the subject to be debated as part of an opposition day in parliament.

Shadow education secretary Rebecca Long-Bailey told the BBC: "Any government that is willing to let the poorest children in the country go hungry needs to take a long hard look at its priorities.

"Shamefully, children go hungry every year, but this summer will be especially difficult for many families as job losses and reduced incomes hit household budgets.

"There will be many Conservative MPs today watching this and having read Marcus' letter who will be agonising about whether they support the government or not in this because they will want what's best for children.

"So, I'm asking all politicians, whatever party they're in, this is not about party politics, this is about making sure children don't go hungry over the summer holidays."