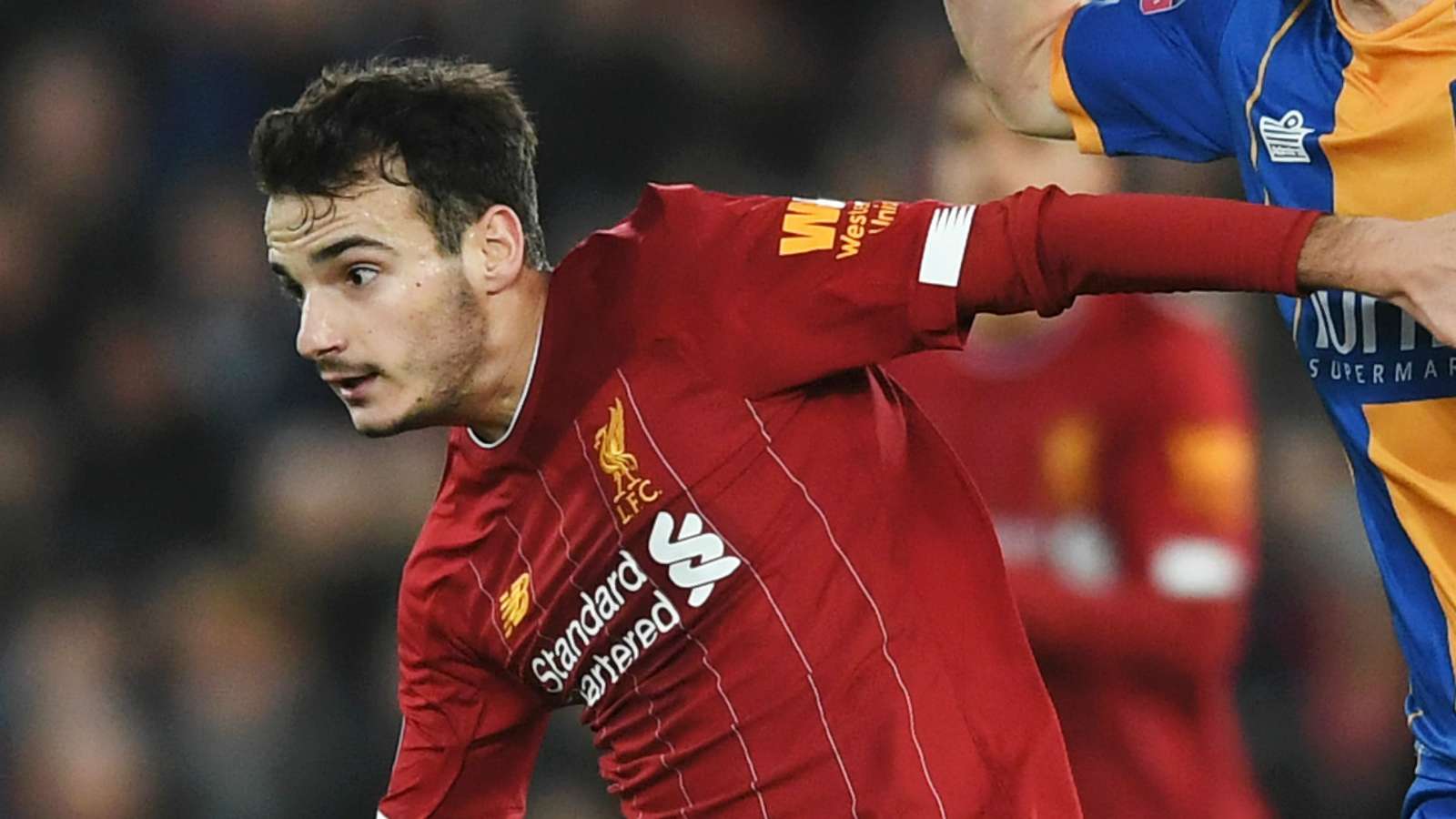 Nantes have confirmed the signing of midfielder Pedro Chirivella, who will depart Liverpool after seven years at Anfield.

Chirivellahas signed a three-year deal with the French club, where he will wear the No. 5.

The news comes as Chirivella nears the expiration of his contract at Anfield, as he heads to Ligue 1 on a free transfer.

He was offered a new five-year deal by Liverpool, Goal confirmed in May, but the 23-year-old opted to join Nantes in search of first-team football.

Chirivella departs on good terms, though, having impressed in recent appearances in cup competitions as he sealed a return to the club's first team this season.

The midfielder, who also drew interest from Rangers in recent weeks, came off the bench in September's Carabao Cup clash with MK Dons to make his first senior appearance for Liverpool in nearly three-and-a-half years.

However, his return to the senior side wasn't without controversy, asit later emerged that the 23-year-old midfielder was not eligible tofeature in the tie as he did not have international clearance, leading to a fine for Liverpool.

He went on to make four additional cup competitions throughout the 2019-20 season, doubling his career total of appearances for the senior team, having played five times in 2015-16.

Chirivella made his Premier League debut during that 2015-16 campaign in what would prove to be his only league appearance for the Reds.

The midfielder also featured in one Europa League match, as he made his senior debut under Brendan Rodgers against Bourdeaux in 2015.

Throughout his time with the Reds, Chirivella departed the club for three loan spells, joining Willem II, Go Ahead Eagles andExtremadura.

It was with Willem II that he made his most profound impact, as he appeared in a total of 35 matches for the Eredivisie side.

This season, Chirivella has primarily featured for Liverpool's U-23s, scoring one goal while providing two assists in 12 games.

The Spanish midfielder represented his country up to a U-17 level and originally came up through Valencia's academy prior to joining Liverpool in 2013.

He'll join a Nantes team that finished the Ligue 1 season in 13th, as the French league opted to end the 2019-20 campaign in April due to the outbreak of the coronavirus.