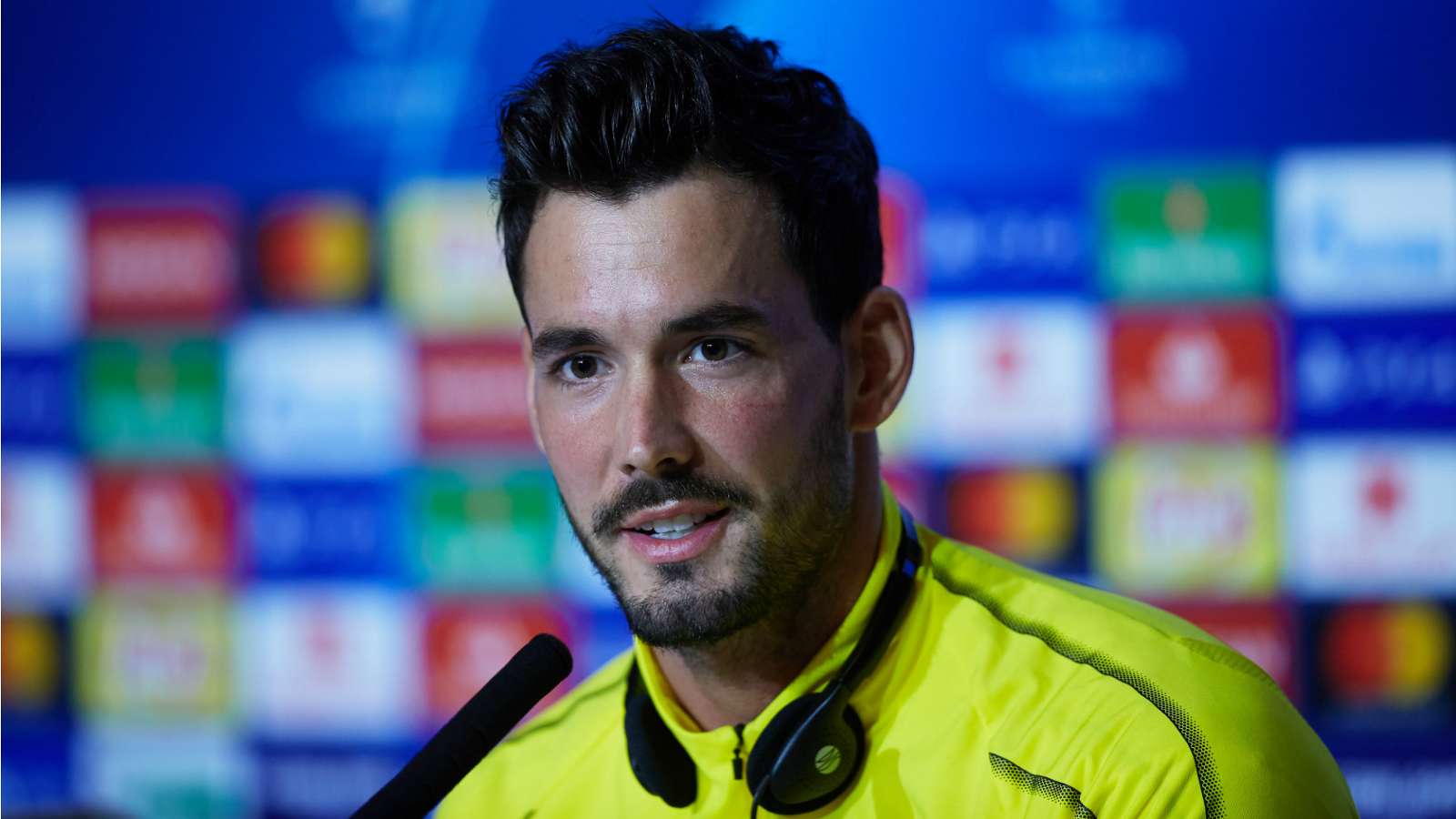 Borussia Dortmund goalkeeper Roman Burki is set to quash speculation about his future by signing a new contract with the Bundesliga giants in the next week.

Linked to Chelsea recently, Burki has confirmed he will commit to Dortmund after reaching an agreement over an extension to his deal.

The 29-year-oldrevealed the news after Saturday's 1-0 win at Fortuna Dusseldorf, which came thanks toErlingHaaland's stoppage-time header.

Burki, currently under contract until the end of the 2020-21 season,said he hoped to complete formalities after negotiations led to a fresh agreement, and Dortmund sporting director Michael Zorc confirmed that would happen within days.

"I'm delighted and hope we can get together in the next week to get everything sewn up," Burki said, quoted by newspaper Ruhr Nachrichten .

"I feel very comfortable here, I've been through a lot with BVB over the years and always felt the love of the club."

The Switzerlandshot-stopperwill get his wish, Zorc confirmed, indicating Dortmund are eager to tie down the player they signed from Freiburg five years ago.

Zorc said: “We have finally agreed and will also sign the contract in the next few days.I am very happy about the fact we have Roman in the team for more years to come."

Burki has enhanced his reputation as one of the Bundesliga's best goalkeepers since his move in 2015.

Dortmund snapped him up after just a solitary season at Freiburg, after he had previously impressed at Young Boys and Grasshopper Zurich in his native Switzerland.

It could be a busy summer for Borussia Dortmund who, as well as Burki, are also hoping to keep hold of the likes of Jadon Sancho and Achraf Hakimi.

Hakimi is coming to the end of his two-year loan spell from Real Madrid, but Zorc has confirmed the club are hopeful of keeping him beyond the terms of that deal .

Meanwhile, former captain and head of their player licensing department Sebastian Kehl has said he expects Sancho to stay in Dortmund for another year .

Sancho has been widely linked with a return to the Premier League, with Manchester United, Chelsea and Liverpool all linked.