Central striker or out wide: Where will Werner play for Chelsea? 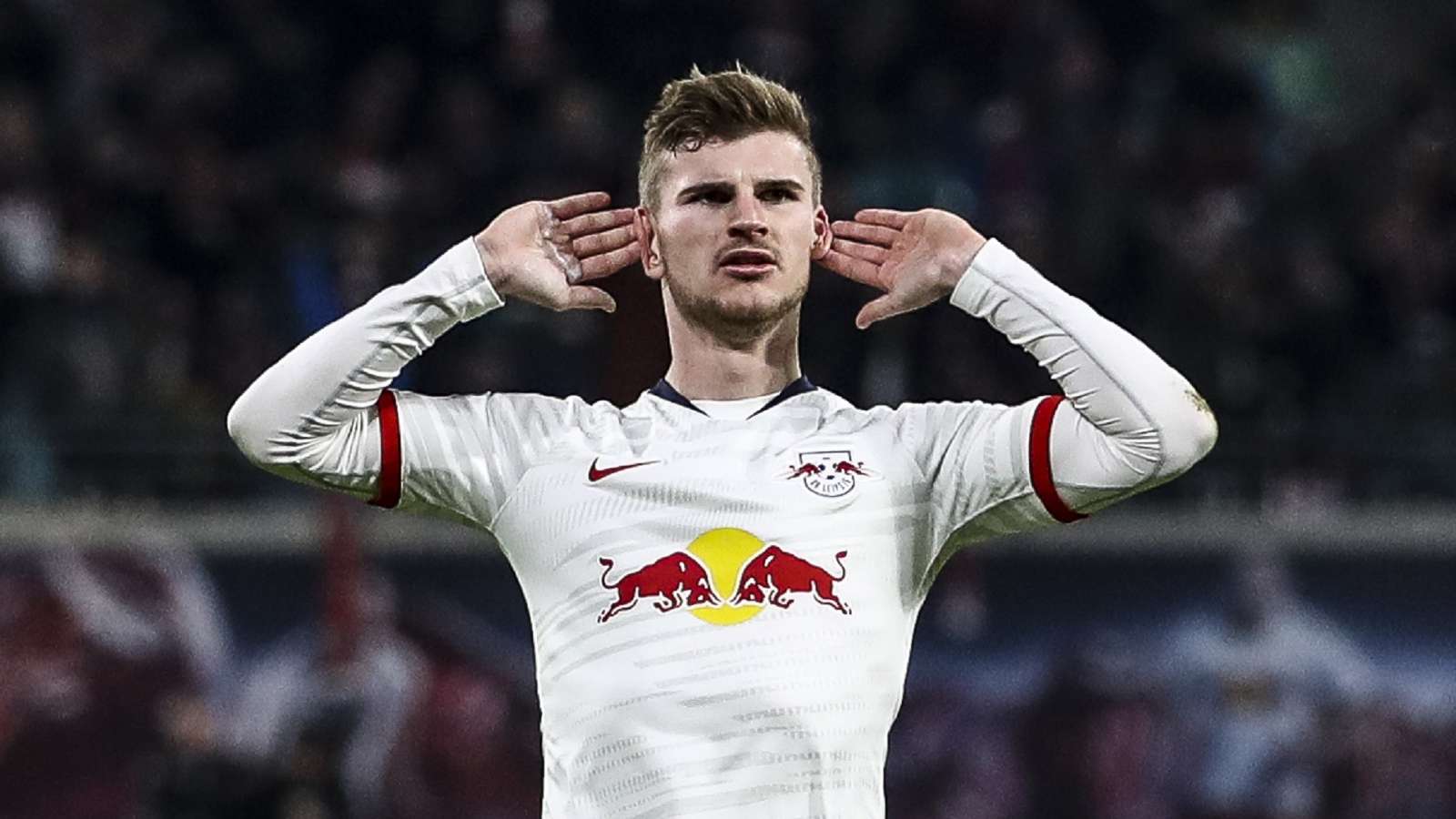 After Marcos Alonso bailed Frank Lampard's Chelsea out against Bournemouth in February, the Blues boss exclaimed "I don't want my left-back top of the scoring charts!"

Finally, then, Lampard has the goal-scoring forward he wanted since he took the Stamford Bridge job last summer, after Chelsea activated Timo Werner's release clause to sign the Germany international for £47.5 million ($68m) from RB Leipzig.

Having scored over 30 goals for Leipzig in 2019-20, Werner is likely to be top of the scoring charts at Chelsea, but the big dilemma for Lampard is where to play him. Not at left-back, certainly, but where does the versatile 24-year-old fit in?

Werner will be joined by Hakim Ziyech at Stamford Bridge next season, with the Moroccointernational arriving for £33m ($43m) from Ajax.

Lampard has tinkered with a number of formations this season as he looks to figure out what works best with the players at his disposal. Werner and Ziyech's additions will give him more selection headaches, but also more options.

Tammy Abraham impressed in the first half of the 2019-20 season having previously setthe Championship alight on loan at Aston Villa. However, a run of injuries saw his place taken by Olivier Giroud before football was shut down.

Giroud, however, is not a long-term option as he turns 34 in September. Abraham could be expected to continue to lead the line as he gains more experience, with Werner playing offthe left wing in support of him, being tasked with providing pace and assists from out wide as well as coming inside to take shots on his stronger right foot.

If Lampard does not fully trust Abraham to be Chelsea's main striker, he could try Werner as a lone frontman with Ziyech and Christian Pulisic supporting him from the flanks.

Werner has improved his game through the middle this season under Julian Nagelsmann, but there are doubts whether he is a true No.9, having failed to shine in that role for Joachim Low with Germany.

However, he is still just 24, so a more central role could be what he settles on, despite having started out as a winger for Stuttgart when he made his debut as a 17-year-old in 2013.

Another favoured formation of Lampard's has been the 4-2-3-1, where Jorginho and Mateo Kovacic have formed a reliable partnership in the double pivot. This also gives the Blues more options in attack and will allow Ziyech to play more centrally, taking on a No.10 role.

Werner's most likely position in a 4-2-3-1 is to be the left attacking midfielder, asked to perform similar duties as when he plays at left wing in a 4-3-3.

The addition of an extra defensive midfielder may allow him more freedom to express himself in attack and negate some defensive duties that may be expected in another set-up.

Against Bayern Munich in the Champions League, Lampard started out with a three-man backline, and although that game was a major disappointment, this approach has been successful at other times in 2019-20, including in the 2-1 win over Jose Mourinho's Tottenham in February.

Werner would link up with Marcos Alonso - or potentially Ben Chilwell if he joins from Leicester City -on the left flank, with Alonso's overlapping pushing Werner further inside and closer to goal, where he can have a big impact.

Leipzig have used a similar approach this season, but usually as a 3-4-1-2 with Werner partnering Patrik Schick or Yussuf Poulsen as part of a front two. Lampard could shift his front three around to replicate this at Chelsea, giving him scope to see how best to utilise his forwards.

The majority of Werner's success at club level has come as part of a front two, with successive Leipzig coaches Ralph Hasenhuttl, Ralf Rangnick and now Nagelsmann using the trademark Red Bull 4-2-2-2 formation.

Hasenhuttl has found some joy with this setup at Southampton, and Lampard may be willing to test it out at Chelsea to see can it get the best out of Werner.

The 2017 Confederations Cup Golden Boot winner has worked with various partners at Leipzig, including the strong target man in Poulsen and the faster Schick, so Lampard will be able to pair him with any of his strikers in a front two, including Michy Batshuayi if the Belgian stays beyond the summer.

Lampard will have plenty of options when deciding how best to use Werner and may have to do a bit of trial and error before he settles on what works best.