Can Liverpool afford to let 'safety valve' Wijnaldum leave on a free transfer? 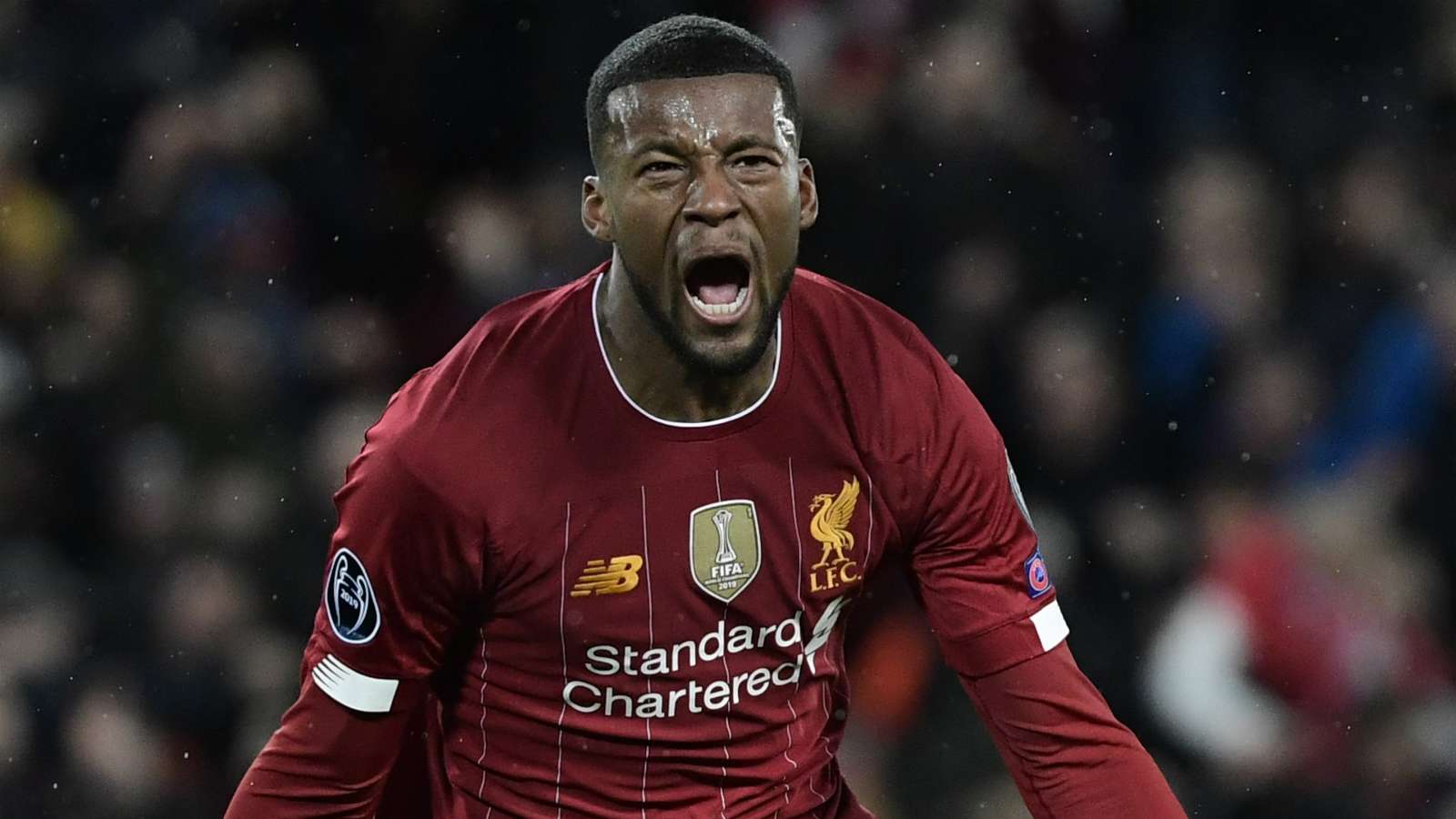 There was at least one notable absence as Liverpool stepped up their preparations for the Premier League restart with a practice match at Anfield this week.

Gini Wijnaldum missed the 11v11 ‘scenario-based’ contest. A precautionary measure, with Jurgen Klopp and his medical team electing to take no risks with what the club website described as a “minor knock.”

Wijnaldum was back on the grass at Melwood on Wednesday, but Liverpool may soon have to cope without the Dutchman on a more regular basis.

Next month he will enter the final year of his Reds contract. While the rest of Klopp’s go-to men – Mohamed Salah, Sadio Mane, Roberto Firmino, Jordan Henderson, Andy Robertson, Trent Alexander-Arnold and Virgil van Dijk – are tied into long-term deals, Wijnaldum stands alone; his future, for the time being at least, is uncertain.

Klopp would like him to stay, of course, and that point has been communicated to the player and his representatives. Wijnaldum may not be Liverpool’s most spectacular player, but he is certainly one of the manager’s most trusted. He wanted to be a gymnast as a kid, now he's Klopp's flexible friend.

“It’s just so obvious, his importance,” Klopp told reporters earlier this season. “Is he the perfect midfielder? From his skill set, 100 per cent. He has all the things you need.”

Pep Lijnders believes Wijnaldum, along with Roberto Firmino, is the player who best represents Liverpool’s identity.

“We want players who are responsible for everything,” the assistant manager toldGoallast year. “He represents what want in a player really well.”

The statistics back up Lijnders’ point. Since Wijnaldum arrived from Newcastle in the summer of 2016, only one player has made more appearances for Liverpool in all competitions and that is Firmino.

In terms of league matches, the Dutchman has missed only 11 games from a possible 143. Again only Firmino, with eight, has missed fewer.

If he’s fit -and he usually is, which is an underrated quality in the modern game – then Wijnaldum features, although it is interesting to note that he has twice been left on the bench by Klopp in Champions League semi-finals. On both occasions, against Roma in 2018 and, most memorably, Barcelona last year, he came on to make a sizeable contribution as a substitute.

Interestingly, he has described his relationship with Klopp as “more or less hate and love”, admitting that being left out against Barcelona left him “so angry and so disappointed” that he wanted to prove a point to his manager.

“I still don’t know if what happened was his real plan,” Wijnaldum told the Sunday Mirror. “Looking back we can say things worked out all right!”

Wijnaldum’s contribution for Liverpool can be hard to spot from a statistical point of view. Critics point to a modest goal return – he has never managed more than six in a season for the Reds – and the fact he has, remarkably, not registered a single assist since the 2017-18 campaign. His performances for the Dutch national team, where he has registered 10 goals in his last 17 appearances, merely adds to the confusion.

The truth, though, is that Wijnaldum’s role under Klopp is far more nuanced, as this excellent analysis shows. He is, as one club source puts it, “the safety valve”, expected to keep possession and to constantly be in the right position without the ball. He provides balance, physicality and selflessness, as well as much-needed versatility.

He is also a hugely influential figure off the field.

It was Wijnaldum, along with Van Dijk, who was behind the idea of Liverpool’s squad ‘taking a knee’ at Anfield prior to Monday’s training session – an important show of solidarity and support for the Black Lives Matter movement following the murder of George Floyd in Minneapolis, which was shared around the world via the players’ social media channels. The Dutchman has spoken eloquently about the need to tackle racism not just in sport, but in society too.

“If it abuse were to happen to use, I would walk off the field,” he told reporters following an incident where Excelsior Rotterdam winger Ahmad Mendes Moreira had been subjected to racist abuse from the stands during a second division game with FC Den Bosch.

“This is a social problem,” Wijnaldum added. “It is something for politics…and it cannot be accepted.”

“Gini is a personality in the dressing room,” says Klopp. “He is not the guy who says yes to everything.”

“He’s an incredible person,” adds Dutch colleague and former Liverpool forward Ryan Babel.“He is definitely a person who is not shy to give his opinion. He has very strong opinions and is very much loved in the team process.

“Especially in the national team, he's definitely one of the leaders and very important for us.”

What the future holds remains to be seen. Certainly Wijnaldum, who will turn 30 in November, would have no shortage of suitors should he decide to end his stay on Merseyside next summer.

Barcelona are admirers, while both Juventus and Bayern Munich have had success with free transfers in recent years.

Wijnaldum himself has suggested he would like to end his career back in the Netherlands, telling Dutch publication Rijnmond in February that “in the future I see myself playing for Feyenoord, PSV or Sparta Rotterdam again.”

For now, though, he remains a central figure at Liverpool.

If Klopp has his way, it will stay that way for a few years yet.