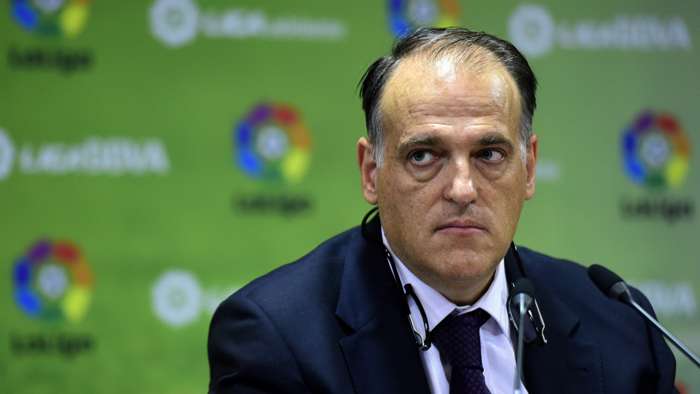 However, the Premier League side appealed the decision at the Court of Arbitration for Sport (CAS) and on Monday, their appeal was found successful.

City’s UEFA ban was lifted, meaning they will play in next season’s Champions League, and their fine reduced to €10m (£9m/$11m).

"Manchester City FC did not disguise equity funding as sponsorship contributions but did fail to cooperate with the UEFA authorities," read the CAS statement.

"The CAS award emphasized that most of the alleged breaches reported by the Adjudicatory Chamber of the CFCB were either not established or time-barred," added CAS, which will publish its full written reasons over the coming days.

La Liga chief Tebas was supportive of City’s ban, and is clearly unhappy to see it repealed.

“We have to reassess whether the CAS is the appropriate body to which to appeal institutional decisions in football,” he said.

“Switzerland is a country with a great history of arbitration, the CAS is not up to standard.”

“Enforcing Financial Fair Play rules and punishing financial doping is essential to the future of football.

“Years ago, we called for severe action against Manchester City and Paris Saint-Germain. Better late than never.”

City had maintained their innocence throughout the process, and there will surely be a sense of relief for Pep Guardiola and his players.

A statement from the club said: "Whilst Manchester City and its legal advisors are yet to review the full ruling by the Court of Arbitration for Sport, the club welcomes the implications of today’s ruling as a validation of the club’s position and the body of evidence that it was able to present.

"The club wishes to thank the panel members for their diligence and the due process that they administered."

Manchester City have already qualified for next season’s Champions League and are still in with a chance of lifting this season’s trophy.