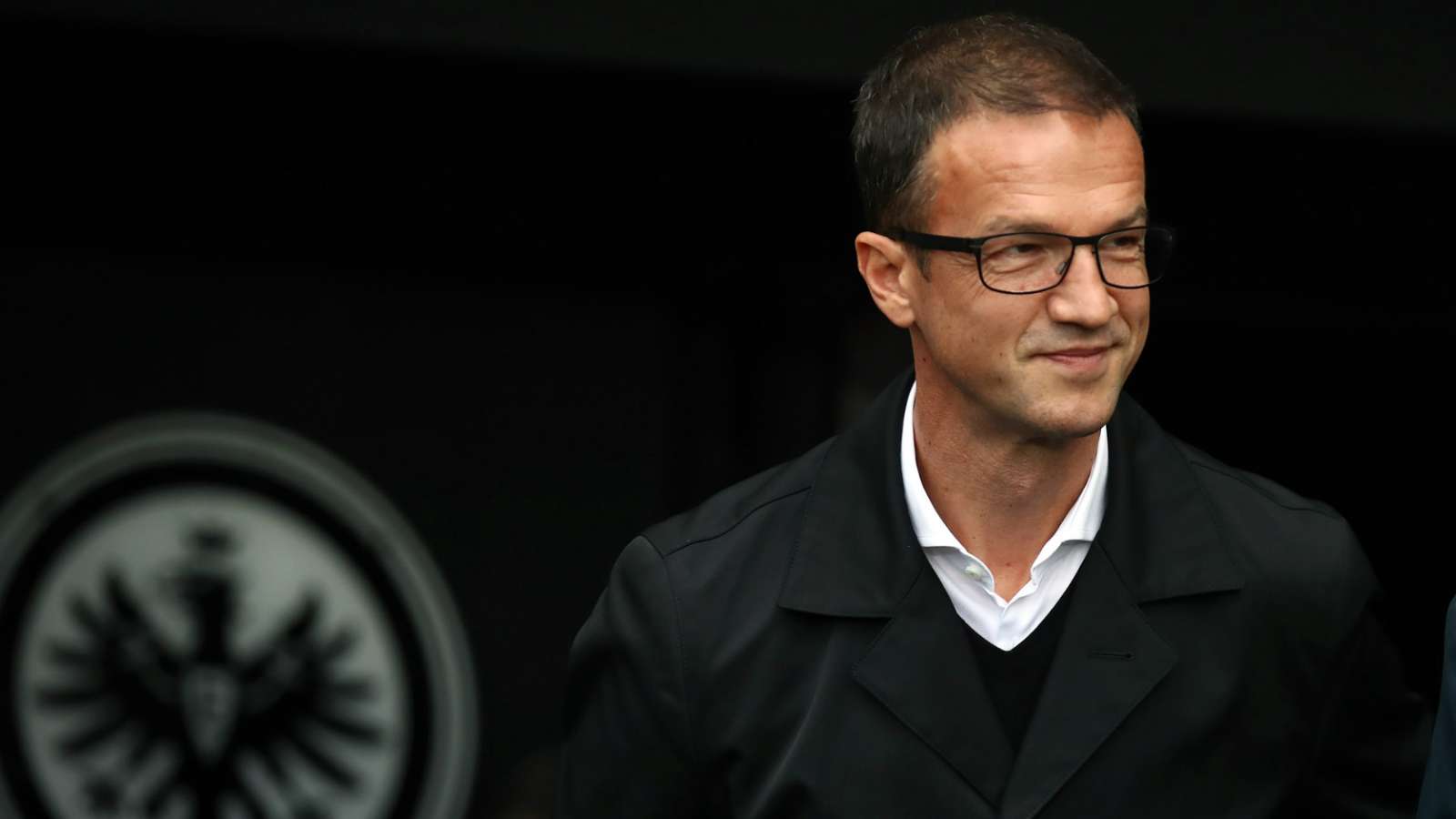 Bobic has been Eintracht Frankfurt's sporting director since 2016, with the club experiencing a surge under his leadership. After winning the DFB-Pokal in 2017-18, the club finished seventh in the Bundesliga last season to seal a Europa League berth.

Frankfurt sit seventh this season and still remain involved in the Europa League round of 16, although the competition was postponed following a first-leg loss to FC Basel.

During Bobic's tenure, the club has gone on to sign stars like Luka Jovic, Sebastian Haller and Ante Rebic, with the former two making big-money moves away from the club while the latter is currently on loan with Milan.

Bobic has developed a reputation for finding and developing undiscovered talent, and it is that skill that Pfannenstiel says could help him retool a club with big money, like Man Utd.

"I'm very excited to see where Fredi's path leads him. I think there are three options,"Pfannenstiel wrote in hiscolumn for DAZN.

"First, he could stay in Frankfurt for a long time, but I personally do not believe that. After all, what more could he achieve after double qualifying for the Europa League and winning the DFB-Pokal? Bayern, Dortmund and Leipzig are currently difficult to reach for Frankfurt.

"Second, he could move to a top European club. Or third, he could do something completely different, something more exotic and workfor a club where he can build something structurally.

"I personally would like to see how Fredi works with a bag full of money and which players he would sign. Even if working at a top club is completely different compared to developing and building up a club with limited resources, I am sure that Fredi would be up to the task.

"I am firmly convinced that he could lead a club like Manchester United back to the top. The question is rather whether he wants that. Conversely, top European clubs have long been on the downturn.

"At Man Utd, for example, restructuring with a strong sports director who works in the background of the trainer or manager, as they say on the island, would certainly work very well."

Prior to working with Frankfurt, Bobic served as the director of sport at Stuttgart before being sacked in 2014 after a nearfour-year stay.

During Bobic's spell with Stuttgart, the club decided to sell Joshua Kimmich, who ended up becoming a star with RB Leipzig and nowBayern Munich.

Additionally, Bobic pushed hard to sign a then-undiscovered Saul Niguez, who now is counted among the world's best midfielders at Atletico Madrid.

"Fredi wanted to keep Joshua Kimmich, for example, but the club was more interested in the quick money that could be made with him after his successful time at RB Leipzig," Pfannenstiel said.

"Another example of how unconventional and long-term Fredi thinks: Saul Niguez was with his father for talks at VfB in Stuttgart. Saul was a rough diamond at the time, 18 years old and just loaned to Rayo Vallecano.

"With VfB everything was already clear.For about€8 million (£7.2m/$9,), he could have been signed. Fredi was convinced of Saul, but did not get his commitment because the amount was too high for others. Today Saul is probably one of the best midfielders in the world and worth many times over."