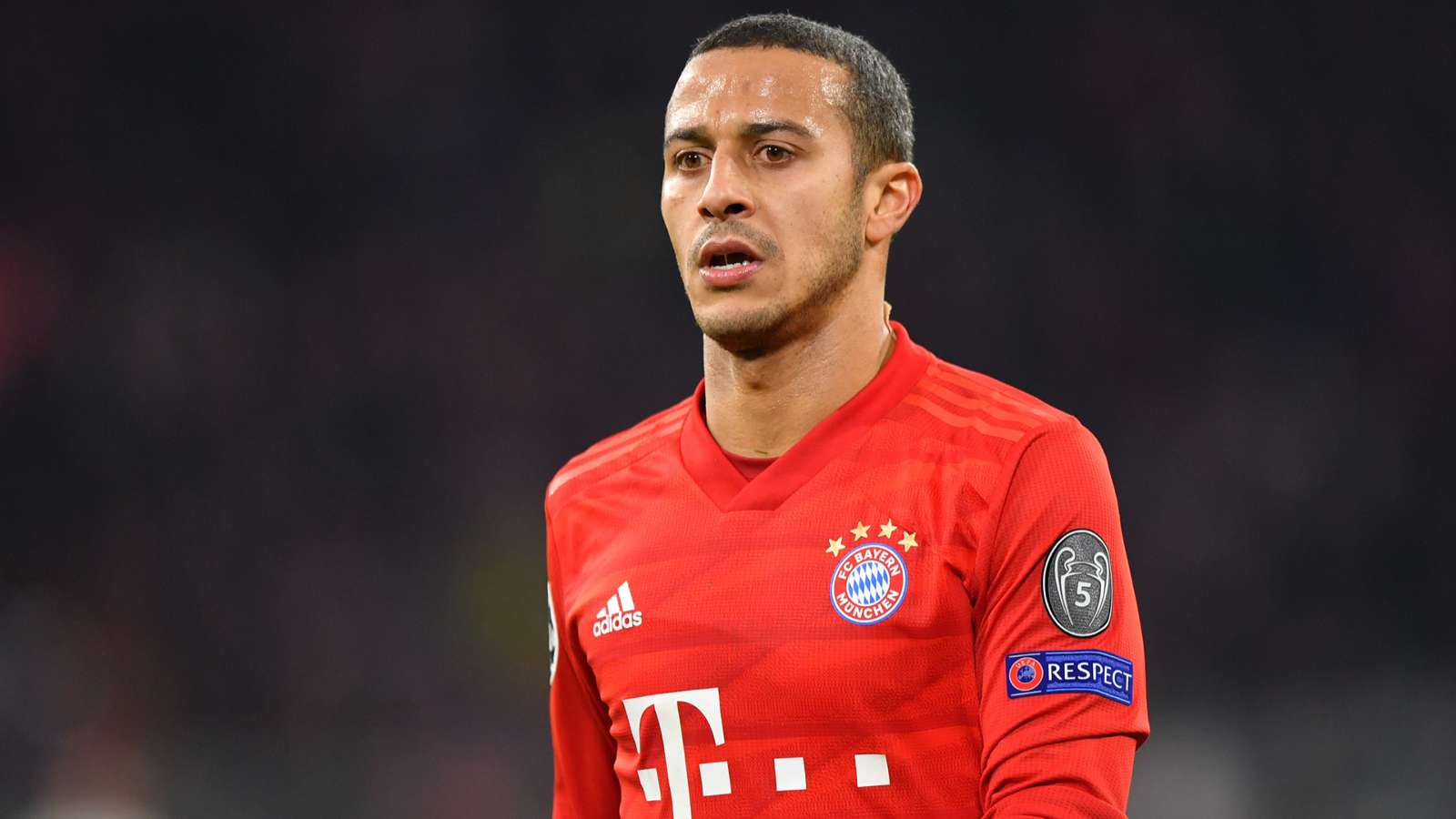 Bayern Munich midfielder Thiago Alcantara has undergone groin surgery and is expected tomiss the rest of the Bundesliga season.

The Spain international has been troubled by injury recently and his contribution has been limited as Bayern have closed in on what would be an eighth successive leaguetitle.

Now the club have confirmed Thiago faces a spell out of action as he recovers from his setback.

Head coach Hansi Flick said in a news conference on Friday:"Thiago has had a groin operation. He will be out for three weeks. We decided between us to get it done now. It's possible he will be back for the cup final."

Flick's uncertainty over Thiago's availability for the DFB-Pokal final against Bayer Leverkusen makes sense given that match is scheduled for July 4.

Thiago would be on the point of returning to action by that stage if Bayern's expectation of a three-week absence proves accurate, but he would be lacking match fitness.

The 29-year-old appears certain to miss the league title run-in.

The Bundesliga season finishes on June 27, with Bayern facing Borussia Monchengladbach this Saturday.

Following the completion of the domestic campaign Flick's men will then turn their attention to the Champions League, in which they hold a 3-0 advantage over Chelsea after one leg in the last 16.

Thiago has been a key figure for Bayern this season, featuring in 24 Bundesliga fixtures and scoring three goals.

He featured for 29 minutes of the 2-1 DFB-Pokal semi-final victory over Eintracht Frankfurt, however the recurrence of the injury means he is now a serious doubt for the showpiece game.

Coming off the bench,Thiago looked like a player whohas had injury troubles of late, as he appeared very rusty. After his introduction, he lost the ball in dangerous places on a few occasions, and one of those almost led to a goal.

Bayern held on however, as they scored their 128th and 129th goals of the 2019-20 season from just 43 matches in all competitions.

Ivan Perisic and Robert Lewandowski were on target as Bayern reached a third successive DFB-Pokal final, while matching their own goals record set in 1972-73.