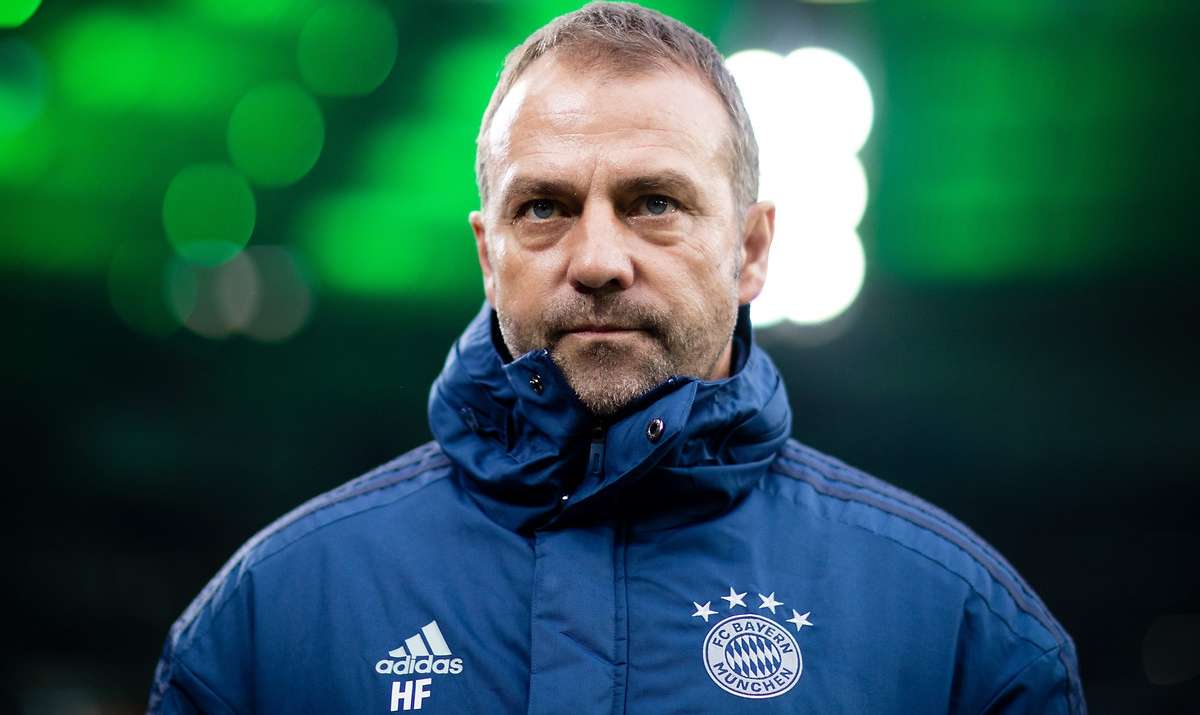 Hansi Flick wants to see fans allowed into the stadium for Bayern Munich's DFB-Pokal final with Bayer Leverkusen, despite the continued threat of coronavirus.

Bayern booked their place in the final for a third successive year by beating Eintracht Frankfurt 2-1 on Wednesday, thanks to goals from Ivan Perisic and Robert Lewandowski.

Leverkusen are now the only side standing between the Bavarians and yet another domestic trophy, as Peter Bosz's men reached the showpiece by seeing off fourth-tier Saarbrucken 3-0 in the first semi-final.

The two clubs will meet at Berlin's Olympic Stadiumon July 4, and as it stands the match will be held behind closed doors due to the Covid-19 pandemic.

All fixtures in Germany have been held in empty stadiums since the season restarted on May 18, but Flick is hopeful an exception can be made for next month's final.

"It will certainly be good for fans to be in the stadium. It is up to the others to judge how this is done."

Flick went on to deliver an update on the fitness ofNiklas Sule and Philippe Coutinho, both of whom have missed Bayern's last six matches through injury.

Sule has been sidelined since October with a cruciate ligament injury, while Coutinho has stepped up his recovery after undergoing surgery on an ankle issue in April.

Flick added on how close a prized duo are to returning to training: "They need two more tests beforehand. Today we did the first and will do the second on Monday. If everything fits, then maybe they can be brought back slowly after the Bremen game."

Next up for Bayern is a crucial showdown against Borussia Monchengladbach at Allianz Arena on Saturday, where another win will see them move to within three points of an eight consecutive Bundesliga crown.

Flick's side have picked up maximum points from their last five matches, but Monchengladbach will likely provide a stern test as they continue to chase down a top-four finish.