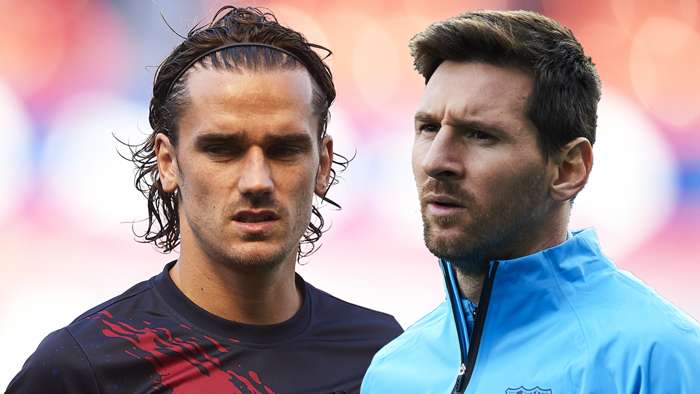 Barcelona cannot afford to “depend on Lionel Messi’s magic all the time”, admits Rivaldo, with it becoming increasingly apparent that Antoine Griezmann has been written off as a “bad signing”.

The Blaugrana worked hard to bolster their attacking ranks in the summer of 2019, with a long-running transfer saga bringing theWorld Cup winner into their squad from domestic rivals Atletico Madrid.

France international Griezmann was expected to star alongside Messi and Luis Suarez, with a prominent role being filled that Brazilian star Neymar once thrived in.

Barca have been trying to bring theSouth American superstar back onto their books, but turned to alternative options after being frustrated in their bids to do business with Paris Saint-Germain.

Griezmann appeared to be a shrewd addition when arriving in Catalunya, but questions have been asked of his form and working relationship with Messi and co throughout 2019-20.

He now finds himself on the bench, with Quique Setien waiting until the 90th minute to introduce him in a 2-2 draw with Atletico Madrid that could prove costly in a title scrap with Clasico foes Real Madrid.

Rivaldo is puzzled as to why a proven performer, who is only 29 years of age, is already being phased out, with Griezmann having contributed 14 goals to the collective cause across what has been a testing campaign.

The Blaugrana legend told Betfair: “Barcelonacannot depend on Lionel Messi's magicall the time. He reached his 700th goal with Barcelona which is absolutely astonishing and only proves how fantastic he is as a player, always delighting his fans - but he can't carry the team.

“Playing behindclosed doorsharmed Barcelona against Atleti as the visitor didn't face a hostile environment at Camp Nou, but that's not an excuse for Barca's disappointing performances since the return after the lockdown.

“The lack of creativity and unpredictability in attack also comes from a lack of options on the bench for Quique Setien. I can't see a player on the Barca bench entering the game and deciding a match like the one against Atleti.

“Furthermore, if you want to change anything you can't wait for the end of the game and expect thatAntoine Griezmannwill solve anything by coming on in the 90th minute.

“I can't understand why aworld championfor France, former Atletico Madrid star for years and multi-million euro signing from Barcelona can only come on in the final minutes of such an important game as the one against Atleti.

“That shows me that something is not good in the team, because if you don't put Griezmann in a game of such importance you are assuming that he is not at his best and might have been a bad signing. It's a bitconcerning, the situation at Barcelona right now, and they could end up losing La Liga.”