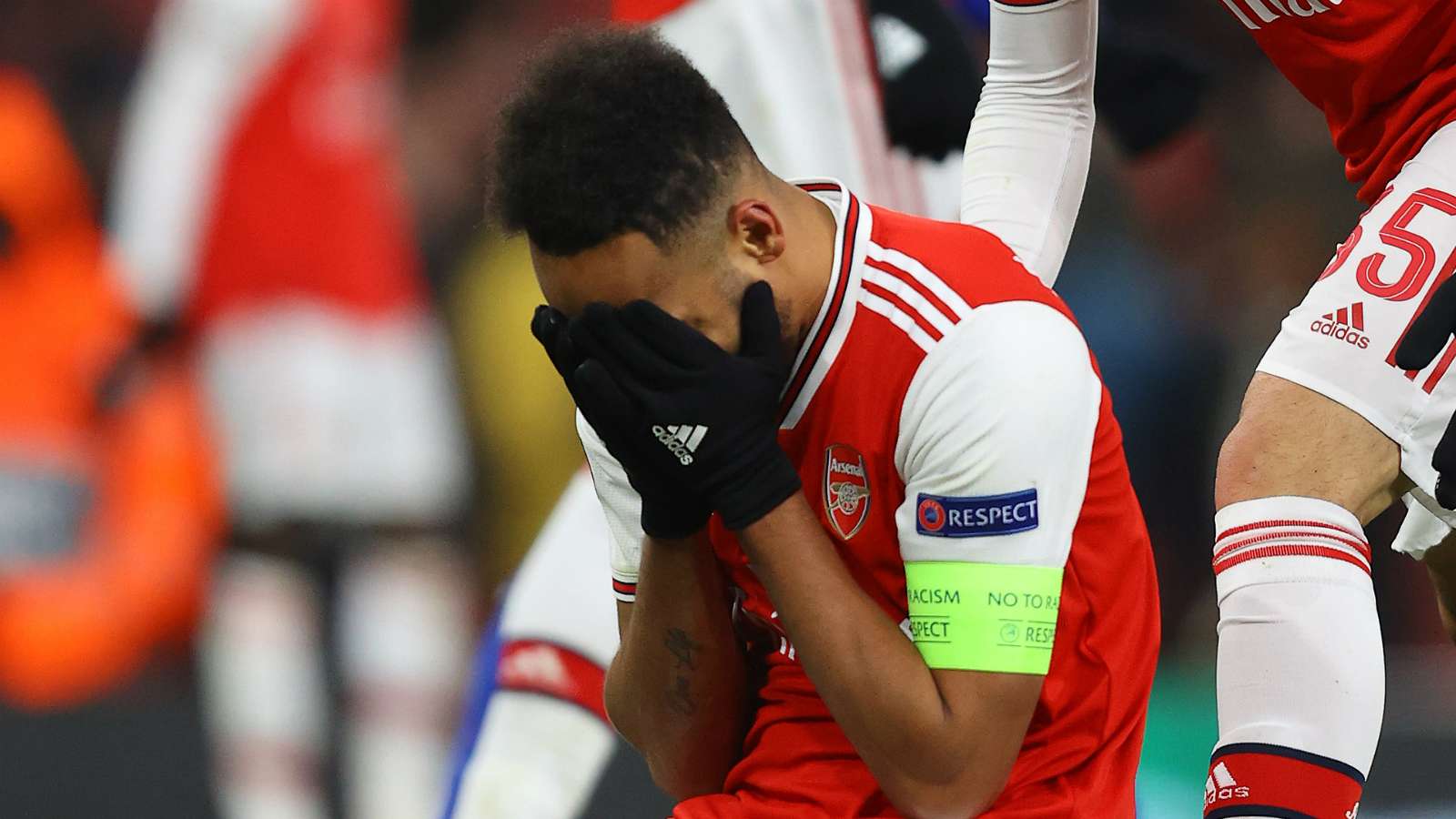 Pierre-Emerick Aubameyang is the latest star name to consider a move away from Arsenal because the club are not competing for major trophies and have a “decision-making policy problem”, says Charlie Nicholas.

Speculation continues to suggest that theprolific Gabonese striker could soon be lured away from Emirates Stadiumas he approaches the final 12 months of his current contract. Various new clubshave been mooted, with the general consensus being that Aubameyang wants to challenge for major silverware as he approaches his 31st birthday.

Arsenal have become accustomed to seeing top talent slip thenet, with mistakes at board level allowing too many proven performers to move on as questionable cover is then acquired in the transfer market.

Former Gunners striker Nicholas told Sky Sports: “For years and years under Arsene Wenger we sold Patrick Vieira, we sold Thierry Henry, we sold most of our big players.

“We didn’t always get it right but went with the likes of CescFabregas– who was a fabulous talent – because they were younger and they were always threatening to lose them quite young and not get the benefits of them.

“I can use the example of not just Fabregas, but Aaron Ramsey. We do all the hard work with Ramsey, then we let his contract run down and at 28 years of age he disappears for nothing.

“We have had a problem at the top level for a long time. Dare I say it goes back as far as David Dein not being present anymore. You have a problem identifying the players, then we started paying 30-40 million for Shkodran Mustafi and defenders who, no disrespect to them, have not cut it.

“They have been buying wrong and the players then realise that they are not a threat to win the Premier League, they are out of the Champions League, so the hierarchy have got it all wrong.

“They get there, they love the club, but then they realise they aren’t going to win any trophies – what’s the point, I want to move on to win trophies.

“If Aubameyang does go, he’ll want to go to a club that wants to win trophies. It’s the same as what Robin van Persie did, it’s what they do. Arsenal haven’t got an identity problem, they have got a decision-making policy problem and it has to be sorted at the top end.”

Arsenal need to identify a new chairman to take control of the club, as Sir Chips Keswick is heading into retirement, while it remains to be seen how much backing Mikel Arteta will be given in the next market as he seeks to build on an encouraging start to his reign in north London.