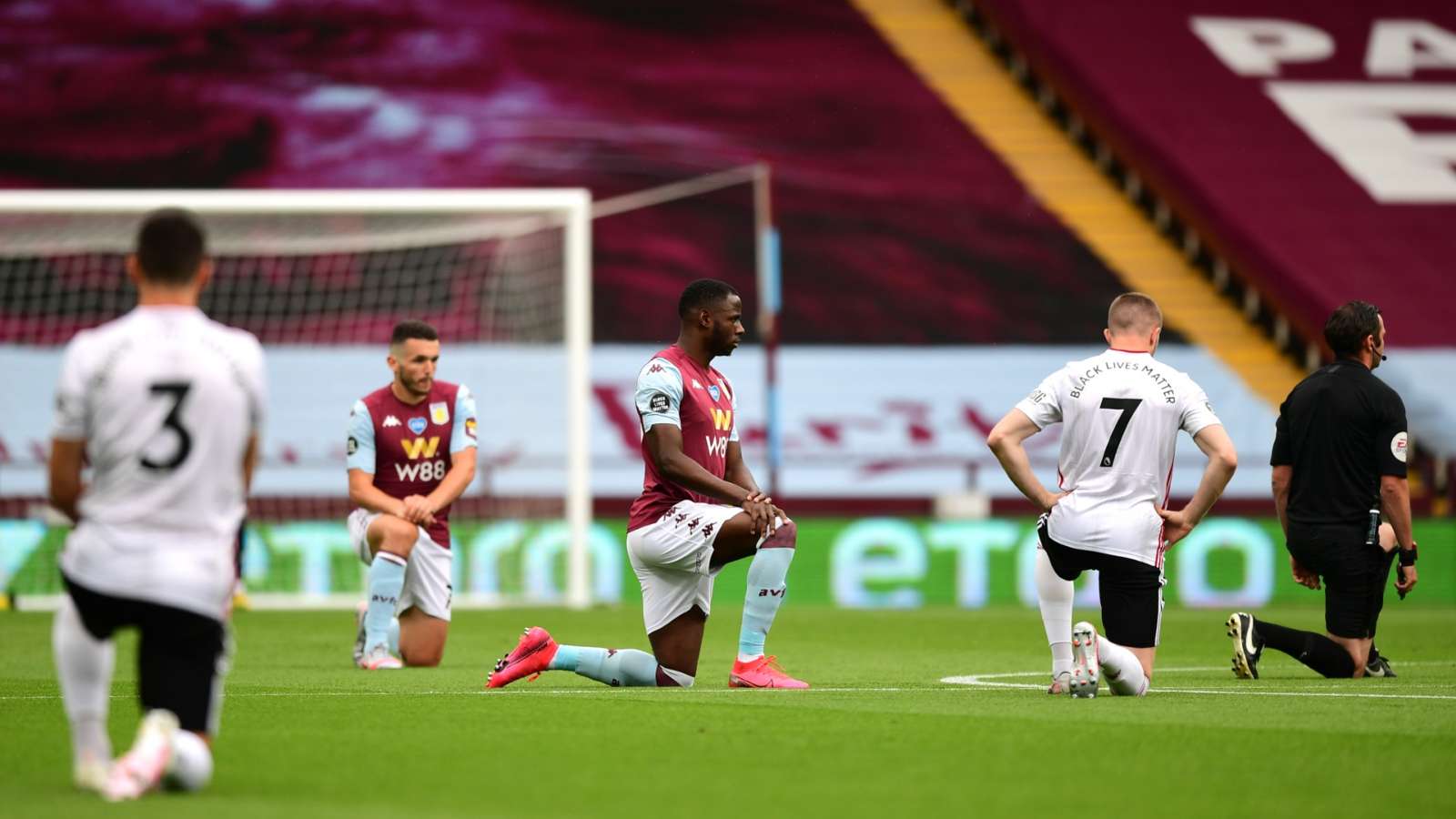 Aston Villa and Sheffield United players and staff took a knee on the pitch in support of the Black Lives Matter movement ahead of the Premier League restart on Wednesday.

The contest is being staged behind closed doors due to the continued threat of coronavirus, with no ball boys present and staff forced to wear face masks on the sidelines.

Changes have also been made to each team's kit, with the names on the back of the players' shirts replaced with the words 'Black Lives Matter' in a league-wide stand against racism.

All Premier League clubs will adopt the same message for the first 12 fixtures of the restarted 2019-20 campaign, continuing through until Manchester City's clash with Burnley at Etihad Stadium on Monday.

Villa and Sheffield United stars knelt down in unison before kick-off, with a BLM logo also seen in place of the Premier League badge on the right sleeve of their jerseys.

The players also gathered around the centre-circle for a minute's silence in honour of those who have lost their lives during the coronavirus crisis, and in support of those still working on the frontlines in the NHS.

Villareleased an official statement via their official website explaining their show of unity with Sheffield United, which reads: "Aston Villa and Sheffield United were proud to stand in solidarity with the actions of the players and coaching staff of both football clubs during the first ten seconds of tonight’s Premier League fixture, expressing our collective support for the Black Lives Matter movement.

"In the first Premier League fixture of Project Restart, both clubs hope that the act of ‘taking a knee’ will send a strong message of unity and amplify the many messages of support from Premier League players and the wider football family.

"The directors of both clubs, Dean Smith, Chris Wilder, Jack Grealish and Billy Sharp and the players of United and Villa are in full support of this action.

"We believe that ‘taking a knee’ at the start of the fixture and after the pre-match minute’s silence, allowed both clubs to pay their respects to COVID-19 victims and to show the deep gratitude we all feel for our brave and selfless front-line workers."