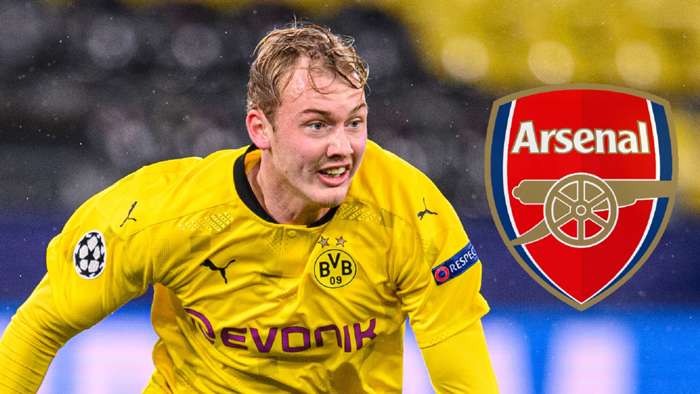 Arsenal have been linked with a move for Julian Brandt in the January transfer window but Borussia Dortmund’s sporting director Michael Zorc says there has been no contact.

Real Madrid’s Isco is a loan target for the Gunners, though it remains to be seen whether they have the financial possibility to make any signings in January.

Brandt has been touted as an option but, if he is a target, it seems no move has yet been made.

“I read that too, I can't say more about it,” Zorc told Bild. “Nobody has contacted us, there is nothing on the table - and not even in the fax machine.”

The 24-year-old would likely command a sizeable transfer fee. Brandt has not missed a match for Dortmund so far this season and has a contract until 2024.

Arsenal’s winter transfer window has already begun. Left-back Sead Kolasinac has left on loan, rejoining former side Schalke as he looks to help in their fight against relegation from the Bundesliga.

Some reports have claimed Arsenal will need to move players out if they are to bring any new faces in. Mesut Ozil, conspicuous by his absence with his side lacking creativity, has rarely been out of the headlines but Arteta says he won’t try and force him out.

“We will see what happens in the transfer window and we will assess that at the end,” Arteta said on Ozil’s potential return to the squad.

“You have to respect the player’s contract. What you can do is try to be open with them and tell them your intentions, the role they have in the team and why that is.

"At the end, they are entitled to make the decision in their lives because they have a contract here.