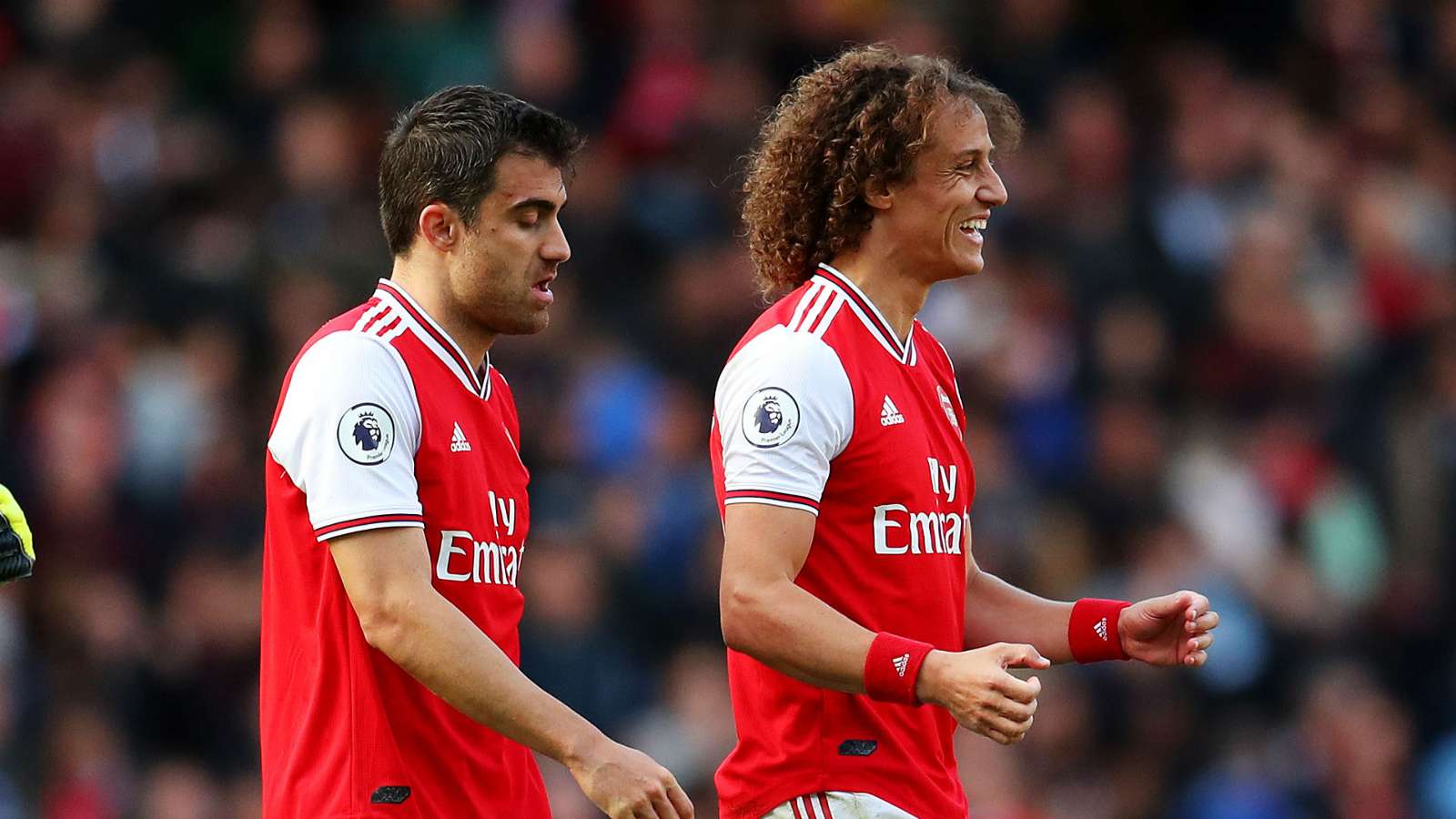 Arsenal duo David Luiz and Sokratis Papastathopoulos have improved under Mikel Arteta, according to Bacary Sagna.

The Gunners' latest campaign got off to an awful start, and Unai Emery eventually paid for the club's poor run of results as he was relieved of his managerial duties in November.

Freddie Ljungberg stepped in for Emery on an interim basis, but was unable to oversee a revival in fortunes as Arsenal slipped further down the table and out of the race for Champions League qualification.

Questions were asked of a defence marshalled by £8 million summer signing Luiz, who was initially unable to cut out the trademark errors which have followed him throughout his career.

Sokratis was proving equally unreliable alongside the Brazilian, but Arteta managed to steady the ship when he was drafted in from Manchester City on December 21.

The former Arsenal captain has transferred all the knowledge he gained from serving as Pep Guardiola's assistant at Etihad Stadium to his senior role at Emirates Stadium, quickly organising his new squad and plugging the gaps at the back.

Sagna noticed a distinct change in Luiz and Sokratis as the Gunners embarked on an impressive unbeaten run in the top flight at the start of the year, and he thinks the partnership could blossom again when the season resumes this week.

The ex-Arsenal right-back has urged his old club to retain Luiz's services beyond the summer, telling Premier League Productions: "I believe Sokratis and David Luiz are really good players.

"I don’t know if they have been under pressure because we kept talking about them and after committing quite a few mistakes they were on the radar.

"But since Mikel came I think they are more solid and more complementary together.

"Arsenal doesn’t concede many goals either so I can tell that there is an improvement.

"I’ve seen Luiz might be going at the end of the season but it would be a great thing for me to see him playing another season, a full season, under Mikel.

"I think Mikel just needs time to settle the defence and make them stronger."

After a three-month hiatus caused by the coronavirus pandemic, Arsenal are scheduled to return to the pitch on Wednesdayas Arteta prepares to come upagainst his former employers City at the Etihad.