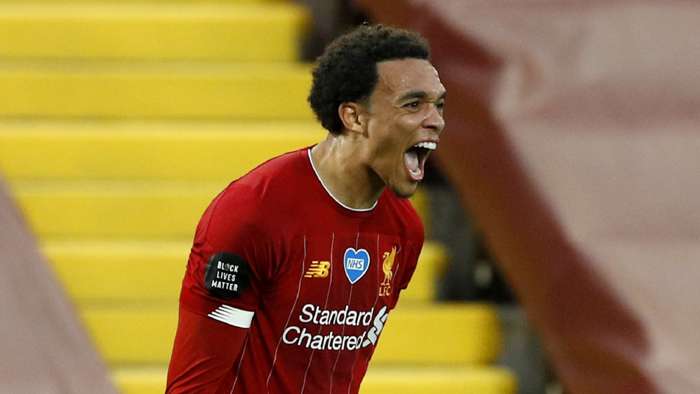 He has also been nominated for thePlayer of the Season award.

"I can't ever remember one player have such an influence on his team at right-back as Trent has on Liverpool, let alone from a 21-year-old,"former Chelsea and Blackburn defender Graeme Le Saux told the Premier League's website.

"He's adding more goals to his game, his assists record is second to none among defenders. I can see him continuing to improve in the environment he is playing in at Liverpool.”

The England international has been topped to become one of the world's best players in the future by Brazil, Roma and AC Milan legend Cafu.

"If he keeps playing the way he has been he will be regarded as one of the best players in the world. He has the potential to win The Best FIFA Men’s Player award.

"He’s technically brilliant, he has so much quality. He has a Brazilian style of play. I love watching him play. And playing in such a great team will help him grow."

Alexander-Arnold made his Liverpool breakthrough in2016-17 and has made 134 appearances in all competitions. As well as the Premier League crown, he has won the Champions League, UEFA Super Cup and Club World Cup with the Anfield side.