Zouma: Mourinho taught me to hate losing at Chelsea 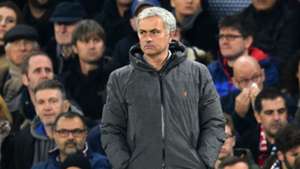 Zouma joined the Blues from Saint-Etienne in 2014 and played a combined 58 games over his first two seasons in English football.

He won the Premier League title in his first season in the league as well as his third, a campaign where he was used sparingly under Antonio Conte as he returned from an ACL injury.

Zouma proceeded to go on Stoke City and Everton in recent years, but has returned to the Chelsea lineup this season under Frank Lampard.

The Frenchman says Mourinho, who recently took over at Spurs, deserves credit for preparing him to play at a top English club.

"It was Mourinho who opened the gates of England to me. I was only 19 when I arrived there. I was young," Zouma told France Football.

"He also gave me confidence by making me play big games with a lot of intensity. He was the one who showed me what football was like in England.

"The coach is a man who hates losing. He taught me to hate defeat. Thanks to him, I was able to flourish at Chelsea. He gave me a lot of things and taught me a lot. I thank him."

Lampard, who left Chelsea just as Zouma arrived, has used the defender much more than his predecessors Conte and Maurizio Sarri.

Zouma has featured 19 times this season under the former England midfielder, and the defender says that Lampard has made a massive impact in his short time in charge.

"He is a coach who is really close to us. It's clear that he was still a player until recently. He talks to us a lot, participates a lot in training. When we work defensively on corners, he's the one who takes them. You should see the precision he has.

"It's amazing. He has so many qualities with his feet. He also does the rondo with us. I can assure you that he almost never goes in the middle. He is still very strong."

Chelsea currently sit fourth in the Premier League, despite falling to Manchester City in a 2-1 loss this past weekend.

The Blues are set to face Valencia in Spain on Wednesday in a vital Champions League clash before taking on West Ham in the Premier League.