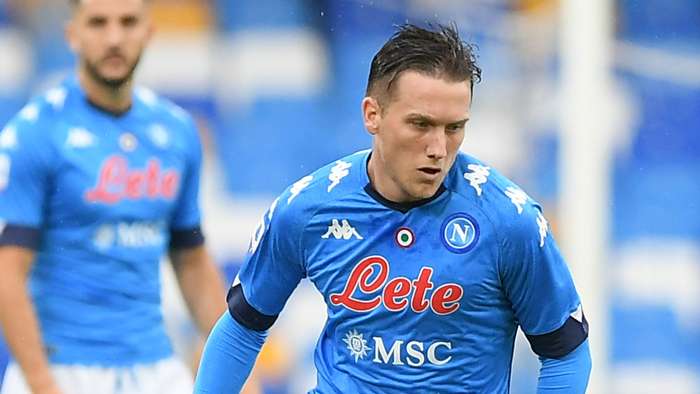 Piotr Zielinski is an extraordinary player who should be playing for Real Madrid or Barcelona, according to Pepe Reina.

Napoli midfielder Zielinski has thrived for the Partenopei since joining from Empoli in 2016 and signed a new four-year contract in August.

Only forwards Jose Callejon (63) and Lorenzo Insigne (86) created more chances in Serie A last season for the club than Zielinski (53), while he completed more passes than any team-mate except for Fabian Ruiz and Giovanni Di Lorenzo.

Toni Kroos (60) was the only midfielder for Barca or Madrid in 2019-20 who created more goalscoring opportunities than the Poland international.

Reina, a team-mate of Zielinski for two years in Naples, has no doubt the player, who has previously been linked with the goalkeeper's former club Liverpool, is good enough to play for one ofSpain's biggest two clubs.

"Is there a player who has surprised me for the better? There is a player who I fell in love with from the first time I saw him - the Napoli midfielder Zielinski," he told Cadena SER.

"He's a Real Madrid or Barcelona player. He is out of the ordinary."

Reina, who was on loan at Aston Villa from AC Milan last season, is now with Lazio as he continues a senior career in football spanning 20 years.

The 38-year-old thinks Manchester United's David de Gea is presently the best option for Luis Enrique's Spain side ahead of the likes of out-of-favour Chelsea keeper Kepa Arrizabalaga, but he believes there is an unfair prejudice towards older players compared to the attitude in Italy.

"The one with the most playing consistency is De Gea and it has to be that way, for me," Reina said.

"Luis Enrique has a choice of young goalkeepers or more expert, 38-year-old goalkeepers.

"David has experience that will for sure make him the most prepared. Kepa Arrizabalaga is going through a worse time due to the signing of Edouard Mendy. There's also Sergio Asenjo, Fernando Pacheco... there are a lot of names.