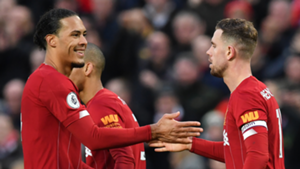 Liverpool will look to take a further step towards the Premier League title on Saturday evening when they visit bottom side Norwich City.

Having dropped just two points all season, Jurgen Klopp's men are overwhelming favourites to claim another victory, although the Reds' upcoming visit to Atletico Madrid in the Champions League may affect the manager's team selection.

Liverpool are the shortest-priced team to win a game in the Premier League this weekend with bet365 offering them at 3/10 (1.30).

The hosts remain without long-term injury absentee Timm Klose but otherwise have a fully fit squad.

For Liverpool, Sadio Mane is expected to be available for the trip to Carrow Road having missed the last two matches. Xherdan Shaqiri and James Milner could also both be available having used the winter break to recover from minor knocks.

Despite propping up the table and sitting seven points from safety, Norwich at least boast a respectable scoring record at Carrow Road.

The Canaries have netted in 11 of their 12 home matches this term, including putting three past Manchester City and two past Chelsea, Tottenham and Arsenal respectively.

In the reverse fixture on the opening weekend of the campaign, Norwich managed to score at Anfield in a 4-1 defeat and have netted in each of their last five games against Liverpool.

Given their enormous lead at the top of the table and their upcoming European clash against Atletico Madrid, it could be a good time to face the Merseysiders and there should be some interest in backing the hosts to score.

Both teams to score is available at 4/5 (1.80) which is a price certainly big enough for consideration given Norwich's strong scoring record and Liverpool potentially being a little distracted.