‘Arteta will already be planning summer transfers’ – Arsenal boss ‘only as good as his players’, admits Smith 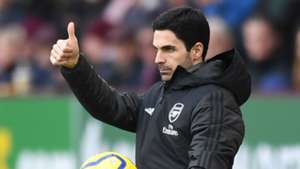 Mikel Arteta will already be drawing up summer transfer plans at Arsenal, says Alan Smith, with the Gunners boss aware that any manager is only as good as those at their disposal.

As things stand, those at Emirates Stadium are an inconsistent bunch that have only been able to secure a 10th-place standing in the Premier League.

That is a long way short of expectations, with the excitement which accompanied recruitment business in 2019 having quickly evaporated.

Unai Emery was unable to find value in marquee additions, with fellow Spaniard Arteta drafted in as his successor.

Progress has not been rapid under a new coach, with draws continuing to be an issue, but Smith feels a highly-rated tactician will be getting his message across and identifying future targets.

The former Arsenal striker told the Evening Standard: "13 draws have certainly done a lot of damage to the team's League placing.

"Imagine if only six of those could have been turned into wins. Arsenal would now be two points above Chelsea in fourth spot, gunning for a Champions League berth that, if secured, would make a massive difference to the whole club.

"But this is no time for 'if onlys'. Mikel Arteta still has two trophies in his sights -- the Europa League coming up next week in the shape of Olympiakos and the FA Cup, where a win at Portsmouth would see my old club through to the quarter-finals.

"And Arteta, I'm sure, would have been pleased to get a bit of quality time with his players in Dubai, both on the training ground and off it, where these kinds of breaks can bring everyone together.

"It's a great chance to hammer home what he wants from a tactical aspect and also a chance to nourish team spirit.

"But as any coach will confirm, you're only as good as your players. That's why Arteta will already be looking ahead to the summer when we will doubtless see some interesting transfer activity."

Before attention turns to Europa League and FA Cup matters for the Gunners, they will be back in Premier League action on Sunday when taking in a home date with Newcastle.