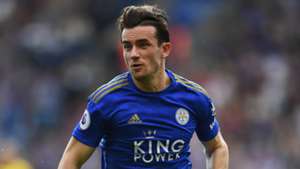 Ashley Cole has backed Chelsea to sign Leicester City full-back Ben Chilwell, having been impressed by his performances at the King Power Stadium at the start of the season.

Chilwell rose through the youth ranks at Leicester before graduating to the senior squad in 2015, and has since racked up 103 appearances across all competitions for the club.

The 22-year-old had to bide his time before becoming a first-team regular, but he became a mainstay in the Foxes starting XI last season, and took his game to new levels after the arrival of Brendan Rodgers.

Chilwell has helped Leicester defy the odds to climb up to second in the Premier League this term, eight points behind runaway leaders Liverpool after 16 fixtures.

The defender has also earned 11 England caps over the last year, and produced his best performance yet in a 7-0 Euro 2020 qualifying win over Montenegro on November 14, contributing three assists in total.

Chilwell's recent displays have not gone unnoticed, with Chelsea keen on securing his services in January after having their FIFA imposed transfer ban lifted.

Blues legend Cole "would love to see" the Leicester ace move to Stamford Bridge in the new year, insisting he has the "quality" to succeed at one of English football's biggest clubs.

"I would love to see him at Chelsea," Cole told talkSPORT: "He's doing really, really well at Leicester. He's enjoying the way Brendan plays and his system; he's got that licence to attack.

"When he's played for England he's played well - in his last game he got three assists. He's shown quality not just on the ball, but one-on-one he can defend and he likes to defend.

"I think he's quality and I've heard he's a Chelsea fan, too, so I would like to see him here. Whether he would want to leave, or if Leicester would want to sell him, that's something the clubs would have to talk about.

"Not forgetting we've got Alonso here and Emerson, who I like, and Cesar can also play there. So if you buy a player you've still got another three players you need to try to keep happy or whether they want to leave or not... so it's a big decision for the club. But he's got the quality. For sure he's good enough."

Chilwell will be back in Premier League action with Leicester on Saturday afternoon, as they welcome Norwich to the King Power Stadium for another must-win clash.

Rodgers' side will be looking to extend their eight-match winning run while also closing the gap on Liverpool, who are due to host Watford in the early kick-off.

Chelsea, meanwhile, are currently looking ahead to a home fixture against Bournemouth on Saturday, as they aim to bounce back from last weekend's shock 3-1 defeat at Everton.