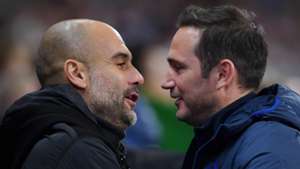 Chelsea have launched an attack on FIFA following their successful appeal to the Court of Arbitration for Sport (CAS) over a transfer ban.

FIFA had initially banned the Blues the opportunity to register new players for the duration of two transfer periods, meaning that they would not be able to sign players during the 2019-20 season.

The Stamford Bridge side, however, appealed to CAS, who halved the suspension, meaning that Chelsea can eye transfer targets as soon as January.

However, they are not impressed by the way their case has been handled, launched a statement via their official website branding FIFA's handling of the matter "deeply unsatisfactory", citing the more severe punishment they were given in comparison to Premier League rivals Manchester City, who were instead fined ?315,000 ($414,000)

It reads: "Chelsea is grateful to the CAS for the diligent approach that it gave this matter. The club has not yet received the written reasons for CAS's decision but wishes to make the following clear:

"1. The approach taken by FIFA to this case has been deeply unsatisfactory, not least as FIFA chose to treat Chelsea entirely differently to Manchester City for reasons that make absolutely no sense to Chelsea.

"2. FIFA accused Chelsea of having breached Article 19 of the FIFA regulations in relation to 27 players, covering the period from 2009 onwards. Of those, 16 players were registered by Chelsea in exactly the same way as other Premier League clubs registered players at the time. Furthermore, Chelsea sought clarification from the Premier League in 2009 about whether it needed to apply for permission to register players in this category. The FA subsequently liaised with FIFA and it was confirmed to Chelsea that players in this category were entitled to register and that no special application was required (and in fact no special application process existed). Accordingly, the fact that FIFA brought charges against Chelsea for this category of player was perverse. We are grateful that this appears to have been corrected by the CAS.

"3. In relation to the remaining 11 players, Chelsea's position was as follows:

"a. Six players qualified for one of the exceptions set out in the FIFA regulations. As a consequence, to the extent there was any breach in relation to these players, the breaches were of a procedural nature only.

"b. With respect to the remaining five players, FIFA's position was that it "deemed" these players to have registered prior to any application for registration being made. Chelsea maintains, as was held by CAS in the Real Madrid case, that the FIFA regulations do not cover a concept of "deemed registrations" and accordingly it is not open to FIFA to "deem" that registrations were made before they were in fact made.

"4. Chelsea respects the importance of the work undertaken by FIFA in relation to the protection of minors and has fully cooperated with FIFA throughout its investigation. However, if FIFA continues to impose inconsistent and unequal sanctions on clubs then it will not only undermine the very purpose of the regulations, but it will also bring into doubt the game's confidence in FIFA being able to appropriately regulate this important area."