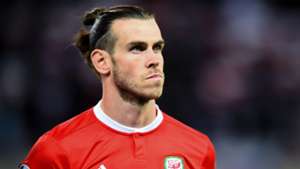 Gareth Bale is "too good a footballer" to head for China, says former Real Madrid star Steve McManaman, with the Wales international urged to head back to the Premier League if an imminent move is to be made.

Talk of the 30-year-old heading back to England has been doing the rounds for some time.

With questions continuing to be asked of Bale's commitment and value to the Blancos cause, rumours of reported interest from the likes of Tottenham and Manchester United is never far away.

It could be that a switch is secured during the January transfer window, with speculation that was sparked over the summer having carried over towards New Year.

There were suggestions at one stage that Bale may be tempted to embrace the riches on offer in Asia, but McManaman believes there is still plenty for a four-time Champions League winner to offer in Europe if his Spanish adventure really is coming to a close.

The ex-Madrid winger has told HorseRacing.net: "I don't think his time is up, but he's had six years there so it all depends on whether he wants to leave.

"If he does want to leave, then I'd love it if he came back to the Premier League. I wouldn't want him to go to China, because he's too good a footballer.

"I'd love to see him back, showing the people of England just how good he still is.

"I know the situation in Madrid and I know that most of what we read in England is nonsense, because sometimes we're obsessed with getting our players back in the Premier League."

Bale was jeered - not for the first time - by certain sections of the Madrid support when making a return to domestic action against Alaves.

His actions while away on international duty saw him attract criticism in Spain once more, with Euro 2020 qualification toasted with a flag bearing the slogan 'Wales. Golf. Madrid. In that order'.

McManaman believes that incident has been blown out of proportion, adding: "Well I knew that the Real Madrid fans were going to boo him and take exception to it.

"I just thought it was a bit of a laugh and a joke really, but it was probably just ill-timed.

"The fact they had qualified and somebody has come out with the flag and done it, I don't think Gareth was particularly bothered about it.

"I know as an ex-player, that your team-mates won't be bothered about it. Sergio Ramos isn't going to care about it, but of course fans are very precious about their own club.

"Because Gareth probably isn't their favourite player at the moment, he was going to get a more disappointing reaction from the fans.

"I think Gareth will be fine if I'm being honest. Madrid fans are very fickle fans, they're happy when things are going well, but they also complain when things aren't going very well.

"It's all about the games and if you win the games, which they have done recently, and he's playing well, then he will be absolutely fine."