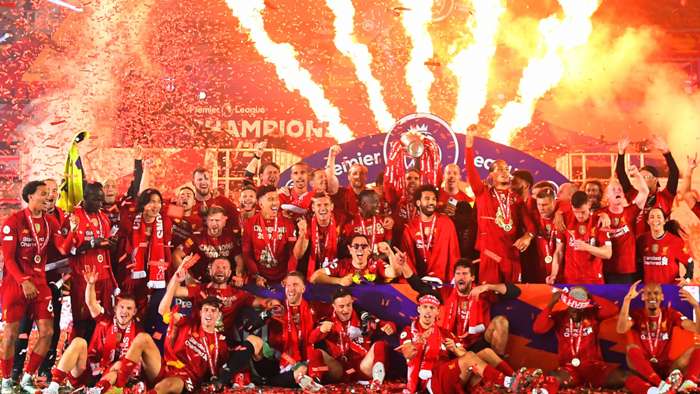 Football is a truly global sport, with passionate fans all over the world. Understandably, Liverpool, one of the most followed football clubs in the world, has fans across the globe, especially in Southeast Asia.

Despite the Covid-19 pandemic that has spread across the world, fans of the club resorted to innovative means to celebrate the momentous occasion. At a time when spectators aren't allowed into football stadiums, Liverpool fans in Malaysia have teamed up with Carlsberg to create a virtual stadium experience unlike any other.

In a bid to bring the spirit of Liverpool fans together at a time when it is not feasible to do so physically, Carlsberg stepped up. This video, a brainchild of Liverpool fans in Malaysia, was made even more memorable as hundreds of Liverpool fans recorded their own video with great passion and submitted the video to Carlsberg, who’ve made it possible!

Over 500 clips were submitted! The virtual stadium string together the clips of Liverpool fans, taken from various social media channels and through the Liverpool fan club in Malaysia. The 'stadium' features Reds fans from all walks of life singing the famous anthem - 'You will never walk alone' - Their own rendition of “You’ll Never Walk Alone”.

At a time when fans yearned to paint their town red but could not due to the pandemic restrictions, Carlsberg has helped their innovative idea come to fruition.

The video was featured on Carlsberg Malaysia's YouTube and IGTV platforms.

The image of Jordan Henderson lifting the much-coveted title after Liverpool's 5-3 win over Chelsea was a watershed moment for Liverpool fans everywhere. As the celebrations spread, Carlsberg Malaysia also created limited-edition Liverpool cans and bottles featuring the "Champions" packaging, switching its iconic green colour to Liverpool's red. The packaging also featured personal signatures from Jürgen Klopp and other key players from the Liverpool squad.