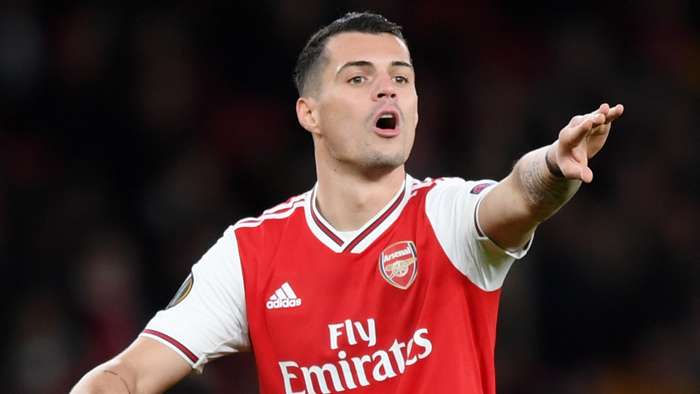 Granit Xhaka has questioned Arsenal's mentality in the wake of their 10th Premier League defeat of the seasonat Aston Villa on Tuesday.

Mikel Arteta's men defeatedthe newly-crowned champions of England before knocking City out of the FA Cup, but failed to reach the same heights at Villa Park.

The result leaves Arsenal languishing down in 10th in the table after 37 fixtures, meaning they are now destined to finish outside of the top six for the first time in 25 years.

Xhaka came on as a second-half substitute against Villa, and was left bemoaning the team's failure to fight for all three points with Europa League qualification still on the line.

The Gunners midfielder told reporters post-match: “In my opinion, you can’t come here and play like this. It’s not good enough and you can’t play with this mentality.

“It was not enough to take something from today, and we knew if we won today, the last game if we won as well we could have got into the Europa League.

“Yes, we have a gameplan and we know they (Aston Villa) are very strong on set-pieces, but we did too many fouls near our box, too many corners against them and we didn’t play our gameplan.

"They were more aggressive than us and deserved it.”

Arteta admitted that Arsenal have fallen way below expectations this season after their latest defeat, as he stated: "It has to hurt and we have to suffer, it's not good enough for this club.

"We need to improve in many areas, the team and individually."

The Gunners can still secure a place in the Europa League for next seasonif they beat Chelsea in the FA Cup final on August 1.

Arteta must first pick his players up for a meeting with Watford at Emirates Stadium on Sunday, which marks their final top-flight outing of the 2019-20 campaign.