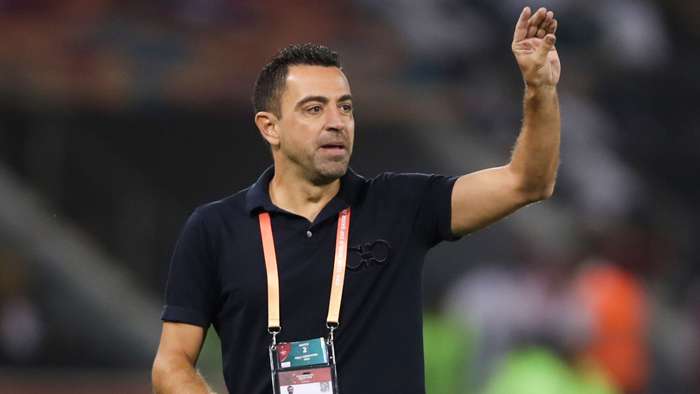 Al-Sadd coach Xavi Hernandez was cleared to rejoin training with his charges on Wednesday following his positive coronavirus test, the Qatari club confirmed.

“Today I will not be able to accompany my team in the return to official competition," Xavi wrote on his Instagram account.

“David Prats, reserve coach, will take my place as head of the technical team.

“A few days ago, following the QSL protocol, I tested positive in my most recent Covid-19 test.

“Luckily, I feel perfectly fine, but following the protocol, I will remain isolated until I have overcome it.

“When the medical authorities allow me, I will return to my daily routine and work more eagerly than ever.

“I thank all the authorities, especially those which allowed us the means for an early detection that avoids more spreading of the virus and guarantees the normal continuation of the season. A hug, and see you soon on the football pitch!”

On Wednesday the coach was able to resume normal activities, with Brazil-born Qatar international Rodrigo Tabata also joining training with his new club.

"The first football team of Al-Sadd Club continued its training today, Wednesday, at the club's sub-stadium, in preparation for the upcoming Al-Ahly match in the nineteenth round of the Stars League, which will be held next Monday, the third of August at the South Stadium," Al-Sadd revealed in a statement released on the club's official website.

"On Wednesday, Maran witnessed the return of Coach Xavi Hernandez after he recovered from infection with the Corona virus (Covid 19), which he was exposed to about 14 days ago.

"Everyone within the team was keen to welcome the coach, especially the leader is facing strong challenges during the next stage. This also welcomed the team members to the newcomer Rodrigo Tabata, who joined the leader one a season-long contract.