Would Premier League goals be erased from the record books is this season is cancelled?

Would Premier League goals be erased from the record books is this season is cancelled? 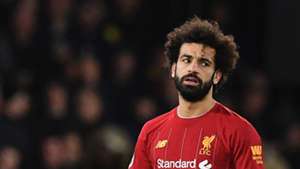 With the Covid-19 situation still devastating the world, there is legitimate concern that the Premier League, and other major European leagues, will be cancelled should the ongoing pandemic continue for several more months.

While UEFA are working hard to attempt to conclude the current 2019-20 season as long as it is seemed safe to do so, should plans fail, there is a possibility that the Premier League could be cancelled or deemed null and void.

In the worst case scenario, what happens to players' goals and appearances?

Would goal records and appearances still count if the Premier League is declared null and void?

It is very likely that all records - such as goals, assists and appearances - from the 2019-20 season will be expunged should the current Premier League season be cancelled.

To declare a season null and void is to say that nothing from that campaign is to be counted officially, and that everything that happened during its course is wiped away.

Likewise, if the Premier League were to be declared void, Liverpool would not be crowned champions, and the 2019-20 season would be scrubbed from history, with the season restarted for 2020-21.

If the Premier League were to be cancelled but not declared void, however, with the most recent standings declared final - such as who will be named champions and who would be relegated - goals and appearances should still count towards the record books.

Should the season be cancelled as well as deemed null and void, Liverpool would obviously be hit the hardest. They would be denied their first ever Premier League trophy despite sitting a whopping 25 points ahead of second-placed Manchester City, with all the monumental records they have broken this season erased.

Currently, Liverpool's 25-point lead gap is the largest between first and second place in the Premier League.

Leicester forward Jamie Vardy, who still leads the Premier League goalscoring charts with 19 goals as of March 9, 2020, would unfortunately see his goals scrubbed off.

The likes of Pierre-Emerick Aubameyang, Mohamed Salah and Sergio Aguero - who follow close behind - would also have their goal tallies erased.