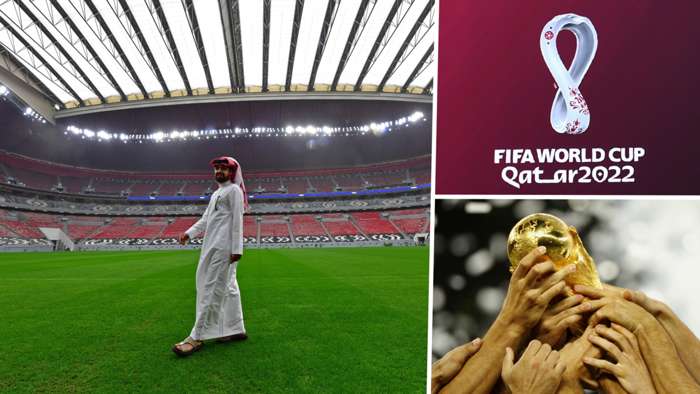 In 2022, the FIFA World Cup will head to the Middle East for the first time.

The World Cup will be a massive undertaking for the peninsula, with vast development and redevelopment of stadiums and infrastructure required between now and 2022.

Goal has all the information you need to know about the tournament as it approaches.

The 2022 World Cup will be the first ever to not take place in June and July.

This is because of Qatar's hot summers, with the average high in June, July and August hitting a sweltering 42°C.

As a result, the 2022 tournament will begin on November 21 and be more compressed than normal, finishing less than a month later on December 18 .

Even at that time of year, it is still very warm: the average high in November is 30°C and it only dips as far as 25°C in December.

The switch has, as you would expect, caused no shortage of controversy.

A number of club leagues - including the Premier League, which stated it was "neither workable nor desirable for European domestic football" - have expressed opposition to the rescheduling because of how it will interfere with their calendars.

English football, for example, will essentially be forced to largely cancel its traditional Christmas calendar.

A November-December tournament will also mean calling off the 2023 Africa Cup of Nations, which would have normally taken place the following January.

The end of the year was decided on because it is too hot in Qatar between May and September and clashes with the Winter Olympics (February) and Ramadan (April) ideally needed to be avoided.

Group stage fixtures will run from Monday November 21 until Friday December 2. The last-16 stage will commence immediately afterwardswith two games a day on December 3, 4, 5 and 6.

There will be two rest days on December 7 and 8 before the quarter-finals are playedon December 9 and 10.

The simultaneous kick-off times for the final round of group games and all knockout games will be 3pm and 7pm GMT (10am and 2pm ET).

The World Cup 2022 final will kick off at 3pm GMT (10am ET) and is set tobe played at the Lusail Stadium.

Among the many questions being asked about the 2022 tournament is how exactly a country of 2.5 million, approximately one sixththe size of Ireland, is going to welcome the world.

This will be the last World Cup with 32 teams so Qatar will not, at least, have to deal with an expanded field.

But the country's government - an extremely wealthy monarchy - still expects to spend between $8 to $10 billion on the World Cup, and that is substantially less than the budget initially touted.

The original plan was to have 12 stadiums ready to host games but the number has been reduced to eight.

The showpiece venue will be the Lusail Iconic Stadium, which will host the final and has the largest proposed capacity by far at over 80,000.

The eight stadiums that will be used are:

One advantage of bringing the World Cup to such a small country, of course, is that travel times will be miniscule compared to the tournaments in Brazil and Russia.

Normally, the draw for the World Cup finals takes place in early December the year before the tournament.

Because of the change of schedule for Qatar, though, the draw for the 2022 finals will take place in April of that year, approximately six months before kick-off.

The first World Cup 2022 qualification schedule to get under way was the AFC section, which began in June 2019. The CAF section started in September 2019.

Public health concerns related to the global coronavirus pandemic meant that a number of cycles had their schedules interrupted, but qualification will resume in August, September and October 2020.

UEFA qualification will not begin until 2021.

Qatar will qualify automatically as hosts, but they participate in the early rounds of Asian qualifying anyway because it also acts as a route into the Asian Cup.

Whether they then continue into the final stage, should they progress that far, is yet to be decided.

You'll be waiting a long while for these yet. World Cup finals tickets are sold exclusively through FIFA these days and tend to go on sale less than a year before the tournament.

The ticket sales process for the 2018 World Cup , for example, started in September 2017.

The criticism of Qatar as World Cup hosts is not only based on the heat, the need to move the tournament to later in the year and size of the nation - that does not even scratch the surface.

First there was the question of how the Gulf state ended up winning the bidding process in the first place, with allegations of bribery - which Qatar has always denied - leading FIFA to commission an independent report authored by American lawyer Michael Garcia.

Garcia later quit as the federation's ethics investigator due to a "lack of leadership" within the organisation, though, and a "legally appropriate", partially censored version of his report was published which cleared Qatar.

Later, after the report had been leaked to the media, it was published in full but still did not directly link Qatar to the buying of votes.

Representatives of the Qatari bid were found to have behaved in a way many from the outside looking in would find questionable, but they were not alone in that and the report appeared to be more of an indictment of the culture of FIFA than anything else.

As a result, there has beenno indication that Qatar are in danger of losing the tournament.

Another major point of controversy has been the treatment of migrant labourers who have come to Qatar to work on World Cup projects.

The Qatari government has been heavily criticised for the poor living and working conditions these labourers have been subject to, and Amnesty International claim little has been done to deliver on promises of improvement.

In a report by the BBC , a Kenyan worker described being told to hand over his passport, sleeping in a small room with 10 other men, working all day from 4am with no cold drinking water and poor sanitation.

Another, Stephen Ellis from England, said he left after two weeks because the conditions were "an absolute disgrace".

Not all workers from poorer parts of the world, of course, have that choice.

There has been much talk and discussion about deaths of migrant labourers since the Washington Post published a report that showed a death toll of over 1,000 such workers in Qatar since 2010.

Most of those workers, however, were not involved in projects specific to the World Cup - though critics of the conditions argue that much of the new infrastructure across the country is being planned and built with the tournament in mind.

Among the other potential problems that have been pointed out include the status of homosexuality as illegal in Qatar, and the potential ramifications of that for LGBT fans wishing to attend the tournament.

Drinking alcohol in public is also illegal, but the Qatari government has stated that alcohol consumption will be allowed during the finals.