Wolves star Jimenez could be the new Benzema for Ronaldo, says Capello

Wolves star Jimenez could be the new Benzema for Ronaldo, says Capello 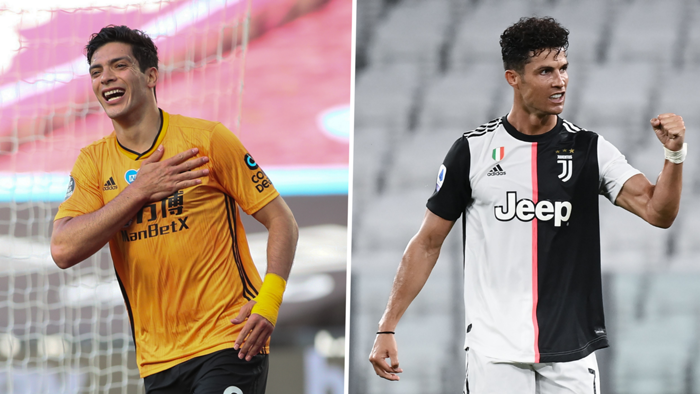 Fabio Cappelo has urged Juventus to move for Wolves star Raul Jimenez, suggesting that he could be the foil Cristiano Ronaldo needs in Turin.

Ronaldo was at the fore of their efforts, netting 31 league goals to finish behind only Ciro Immobile in the top scoring rankings.

In Europe, however, the Nerazzurri were out of luck, going out at the last-16 stage to Lyon on away goals despite Cristiano's double in the second leg.

And according to Capello, the former Manchester United and Real Madrid superstar would benefit from playing alongside Jimenez to replicate his past success in Europe.

"He is a great player who has lots of talent, ideal to play alongside Ronaldo," the ex-Milan, Madrid and England boss explained toESPNwhen asked about the Mexico international.

"Because Cristiano has been missing a Karim Benzema at Juventus, that could be Raul."

Capello, however, recognises that following the financial devastation caused by the coronavirus pandemic and resulting lockdown, big signings were likely to be at a premium for the Italian champions.

"Juve's problem is that they have to sell players and loan others out in order to go back into the market," he explained.

Juventus were not the only side to suffer an upset against Lyon in this year's Champions League campaign, with Manchester City also going down to the French underdogs after eliminating Madrid in the last 16.

Capello admitted that City's elimination was the biggest surprise, while looking over the woes of Barcelona in the wake of their 8-2 thrashing at the hands of Bayern Munich.

"I was more surprised by Manchester City's elimination, they were my favourites," Capello added.

"Barcelona right now are not Barcelona, there is something in the dressing room, with the coach, with Bartomeu, it is very difficult.