Willian: Arteta said he needs me to win Champions League with Arsenal

Willian: Arteta said he needs me to win Champions League with Arsenal 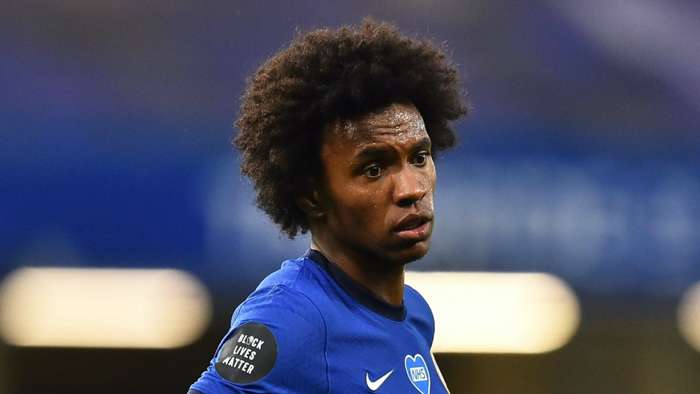 Willian says he joined Arsenal to win the Champions League and was convinced by coach Mikel Arteta’s desire to lead the Gunners to European glory.

The 32-year-old has his heart set on the Champions League trophy, however, and he believes he can achieve it with Arsenal after talks with his new boss.

“One of the reasons I wanted a three-year deal was to be part of a plan, not just a player passing through,” Willian told The Sun. “When I talked with the manager he told me why he needed me for three years. It was that he first wanted to qualify for the Champions League and win it by the time I left. That was what I wanted to hear.

“I was at Chelsea for seven years and won everything except the Champions League. Hopefully this move will give me the trophy I haven’t got as well as another Premier League title.

“Maybe I could have won it with Chelsea, but everyone knows what the problem was. They thought because I was coming to the age of 32 they couldn’t give me a three-year contract.

“I felt I had proved my fitness, that I was as good as ever and that I deserved that deal.

"Frank Lampard wanted me to stay. He was picking me in more games than I’d probably ever started there. Before, I was playing two games then being left on the bench, which I know is part of football, but I was enjoying myself playing more.

“The manager showed a lot of faith in me and I think I repaid it. But Arsenal have given me what I wanted and now I will show they have made a good decision.

“My age is no big thing. If you look after yourself, live right and train right, today’s players can still be at top level when they are 35. For me it is not a problem.I have a lot to play for with Brazil too and I want to be at the next World Cup. If I do well at Arsenal then that will happen.”

The former Shakhtar star is confident he can strengthen his new side’s attack as they look to challenge for silverware in Arteta’s first full campaign at the helm.

He said: “Arsenal are one of the biggest clubs in the world and I see this as changing from one big club to another. It is expected we should be challenging for all the titles. I know what is needed to do that because I was very successful at Chelsea. This is a club which deserves to shine again.

“I have been here for seven years and the Premier League is the best place to play in the world. That’s why, in the past, I didn’t move to Spain or Italy.

Thiago Silva has confirmed commentsthat he rejected a last-ditch attempt to s...
More