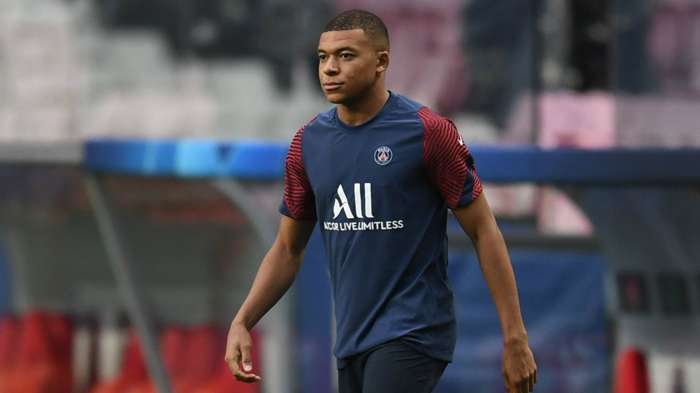 PSG coach Tuchel is yet to decide if the 21-year-old be included in the starting XI but expects him to play a part.

"He played 30 minutes against Atalanta. He has gained in capacity," the coach told reporters.

"He can start, but we'll see if he can play 90 minutes. We will decide after training to know if he starts."

Mbappe played a key role in sending his side through to the final four as he got the assist for Eric Choupo-Moting's winning goal against Atalanta just moments after Neymar set up Marquinhos to equalise.

Tuchel is relieved to be able to call on both of his star attackers for the next game.

"This is our strong point," he said of Neymar and Mbappe. "They always make the difference. It's a good mix between Neymar who dribbles and Kylian who brings speed and who is hungry to score all the time.

"In each team, you have small connections. The two together are exceptional.

"Ney is a little bit different as a leader. He has quality, a lot of confidence in the field, courage too.

"This season, we created a group with players like Ander Herrera, Pablo Sarabia, Keylor Navas and all the others who arrived. They know very well how to play together.

"This may also be the key to observing Neymar's level. It's a team sport and he can't win on his own. It's not possible, and we created it with key players who brought a special atmosphere."

Tuchel has history with Leipzig boss Julian Nagelsmann, having worked with him in the early days of his coaching career at Augsburg.

"I was the coach of the Augsburg reserve team. He was my player and unfortunately he was still injured.

"We didn't have the possibility to have a lot of staff, so we offered him to observe the opponents and he gave us detailed observations. He was very attentive.

"Today, I am here, with PSG. It's a great gift for me. I am very humble and very happy to live this moment.