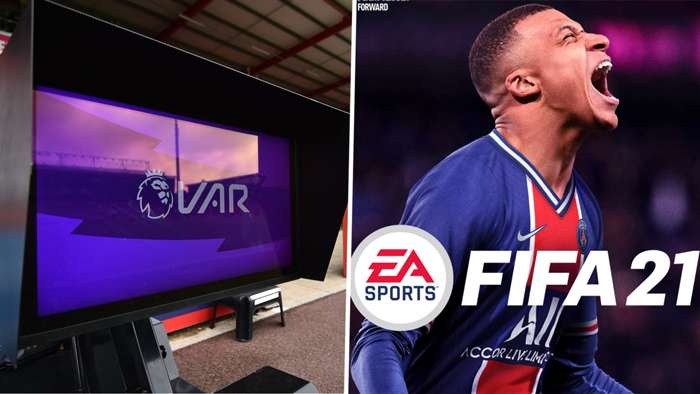 FIFA 21 is out this October and fans of the EA Sports franchisewill be counting down the days until they can get their hands on the new game to test out all the fresh features.

VAR - Video Assistant Referee - is one gameplay feature that has been discussed ever since itwas trialled as an augmentation of the officiating team a number of years ago.

VAR will not be a feature of FIFA 21despite the fact that it is now firmly embedded into the fabric of professional football across the world.

Part of the reason for the decision not to include VAR in the new game is down to a question of priorities, with the EA Sports developers privileging other aspects of the gameplay.

“In a video game, what it would be adding to the experience isn’t very important at this time – the system knows if a challenge is a foul or not, so we decided to focus on areas which we consider higher priority.

"That doesn’t mean it won’t arrive in the future, but there are no plans to include it in FIFA 21."

As alluded to by Rivera, adding VAR would be a purely aesthetic touch since the game's AI is not liable to the same sort of human error that a real-life referee is.

Its omission from FIFA 21means VAR has not been a feature of three successive FIFA gamessincethe technological referee aid was written into the Laws of the Game in 2018.

Interestingly, FIFA 21 will not feature empty stadiumsin order to reflect the new reality of the sport in the middle of the coronavirus pandemic either.

According to developers, the goal is to create a game which shows football "in its best and purest form".

The longer VAR remains a fixture in professional football, the more likely itseems that it will be included in future FIFA games.

Indeed, one of the chief considerations for games developers tasked with creating a new edition of FIFA is the immersive experience - making the game as true to real life as possible.

Persisting with no VAR in FIFA naturally contradicts that principle, so it is only a matter of time before it is brought in - in whatever form the game takes.

However, it is unclear how exactly VAR will be integrated into the game, given the fact that the computer does not make errors regarding issues such asfouls or offsides.

One simple way to bring VAR into the game would be by including a cut scene, which wouldn't necessarily interfere with the flow of the gameplay.

Another method of integration would be toweave it into Career Mode as a feature of a campaign - a controversial season-changing moment in the headlines, perhaps.

Of course the existence of VAR in football continues to attract criticism from many in the game and, while it will remain a part of the game for now, there is always a chance that it could be discontinued in the future.

Figures such as Gary Lineker have been vocal in their analysis of the video assistant referee along with other rule changes, including the handball and offside rules.

The former England international has given his views to the IFAB, but they have thus far been met with bemusement.

“I told them what I think VAR should be," Lineker said in an interview with the Guardian in January.

"The referee on the pitch needs a mate sitting with all these monitors. He’s watching the game and he lets it go, lets it go, and then he says: ‘Mate, you absolutely f*cked up there. You’ve got to change that otherwise you’re going to look a complete d*ck.’

"That stops the Maradona/Thierry Henry handballs. The absolute howler. That’s all you need VAR for."