Why does Van Dijk have 'Virgil' on his Liverpool shirt?

Why does Van Dijk have 'Virgil' on his Liverpool shirt? 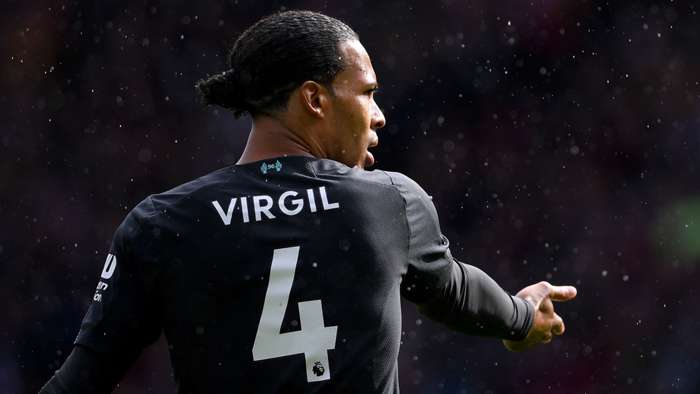 However, one place where the name Van Dijk is not seen is on the defender's jersey - either when he plays for Liverpool or for the Netherlands.

Instead of his surname, as is customary, above the centre-back's familiar No4 on the back of his shirtlies his first name, 'Virgil'.

He has used his first name on shirts throughout his professional career, having also opted for it during his time at Celtic and Southampton.

Van Dijk is certainly not the first player to go against norms in this way - Sergio Aguero has the nickname 'Kun Aguero' on his shirt, for example - but why has he done so?

While Van Dijkhimself has not commented much on the reason, hisuncleSteven Fo Sieeuw has suggested it has something to do with along-standing disagreement with the defender's father.

"His dad split with his mother and his three children, including Virgil, found it hard to forgive him for that," Fo Sieeuw told theScottish Sunin 2018. "The truth is his dad was not around for so many important years and it is his mother who is the real hero of this story.

"You don’t take your dad’s name off your shirt without a reason and Virgil has made it very clear how he feels."

According to reports, Van Dijk's siblings gave up their father's name too, adopting their mother's maiden name Fo Sieeuw instead.

Interestingly, Van Dijk's reported reasons for using his first name on his shirt instead of his surname are very similar to that of his compatriot Memphis Depay, who does likewise.

The former Manchester United winger made the decision to use 'Memphis' on his jerseys instead of his family name because of a difficult relationship with his father, who left when the player was four years old.

"Those things are a part of my life. It is not a part of football. It is a different thing. I have a life next to football," Depaysaid in a 2015 interview with the BBCin which he also spoke of the meaning of his tattoos.

He added: "I have been through little situations.That makes me strong. I enjoy my tattoos, as you can see. I am the person I am. Everybody has to respect that."