Why Messi is the wrong signing for PSG

Why Messi is the wrong signing for PSG 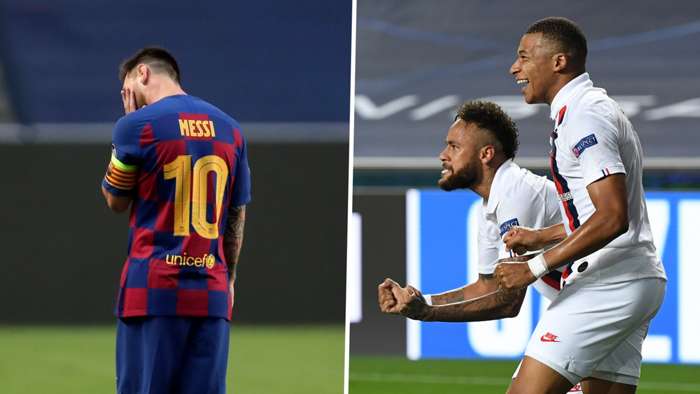 When Neymar’sformer agent and long-time confidantWagner Ribeiro said earlier this month that there was a greater chance of Lionel Messi signing for Paris Saint-Germain than the Brazil ace making the return trip to Camp Nou, few took him seriously.

Signing Messi or long-time rival Cristiano Ronaldo has been a dream of QSI since they took over the Parisian outfit in 2011, with their transfer policy pivoting around superstar signings for incredible fees.

It was ultimately the arrival of Neymar that confirmed PSG truly intended to mingle with the elite, with the Brazilian infamously signed from Barcelona in a deal worth a world-record€222 million (£200m/$263m). This was rapidly followed up with another big move, this time for Kylian Mbappe, who continues to be heralded as the game’s next iconic figure.

Between them, the pair successfully elevated PSG to within a whisker of a first European Cup, but in order to take that final step, it may be time for sporting director Leonardo and the board to reassess their approach to transfer dealings.

Messi is now dangling temptingly in front of their noses, but while he might prove marketing gold for the Parc des Princes club, the 33-year-old is not the solution who will solve the Parisians’ long-standing problems. To solve those, they must resist arguably the greatest player the game has ever seen and instead look for inspiration from the Allianz Arena.

For a long period during the 1990s, Bayern were known as ‘FC Hollywood’ due to the drama that followed their superstar players off the field, resulting in trophyless seasons on it. Although PSG’s financial advantage over their domestic rivals means they continually dominate in France, they havesimilar issues to that Bayern generation.

Having left the French club at the end of June, Belgium international Thomas Meunier spoke of an “outrageous” party culture.

“It just reflects the club: hire a palace, hire a building, parties with hundreds of people,” he told RTBF . “That's when you see that they're more than footballers; they're stars.

"I always had a good time but it was all a bit extravagant and: ‘Did you see me?’”

To that end, playing the Champions League mini-tournamentin a lockdown setting in Lisbon seemed to focus minds and foster a feeling of unity that had not been evident previously – Mbappe notably spoke of the “World Cup vibe” around the group – but Sunday’s final was notable in that Bayern dominated with a group that was acquired for an aggregate fee less than PSG’s star Neymar.

It was evidence that lavish fees and superstar profiles are not a prerequisite to become the best team on the continent, which is a lesson that the Parisian side should learn from as they seek to take that final step.

Of course, the Bundesliga champions did not beg, borrow or steal their squad, but their recruitment has been on point and they have offered academy players a viable route into the first team, aspects which have been too often lacking at Parc des Princes over a period of several years.

Indeed, it was a fact lost on no-one that the decisive goal was scored by Kingsley Coman, who came through PSG’s academy to be the club’s youngest ever debutant only to leave on a free transfer to Juventus. When he did not get the game time in Turin he craved, Bayern swooped to sign him for €21m – a fee that offered value for money, despite his subsequent injury issues.

Coman is far from the best example of Bayern’s shrewd sporting policy, though.

Robert Lewandowski, scorer of 55 goals this season, was a free transfer from Borussia Dortmund in 2014, Leon Goretzka was similarly added from Schalke in 2018, while Serge Gnabry, Thiago, Jerome Boateng and Manuel Neuer all cost less than €25m each. Alphonso Davies has continued their trend of inspirational transfer work, with the dashing Canadian signed for €19m ($13.5m) before bonuses.

Supplementing these smart signings have been academy players David Alaba and Thomas Muller, who offer hope to the next generation of Bayern stars such as Joshua Zirkzee that they might have a long-term future at the club.

There have, of course, been transfer misses along the way, but Bayern’s policy and a sustained idea in which direction the club should be moving in has ultimately reaped the greatest reward. Success has not been attained overnight by blunt economic force, but rather grafted intelligently.

PSG, by contrast, have been reliant on blockbuster talent to provide their success. UEFA’s FFP rules may not have the teeth that critics would like, but it has been successful enough to put the brakes on the Parisians’ spending sufficiently to hurt their squad depth. Scratch below the superstar first XI, and what’s left is not good enough.

An unwillingness to trust academy players, many of whom have departed to enjoy considerable success elsewhere, has resulted in a group of reserves who are underqualified for the task required of them.

If PSG were to move for Messi, it would only further serve to weaken the bench as the club strives to abide by the FFP rules. Even signed as a free agent, his wageswould be unwieldy and could take up resources better used on several others.