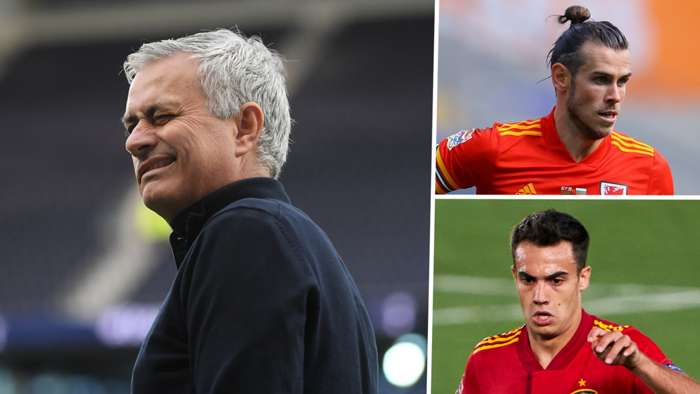 It was hardly surprising to hear Gareth Bale and Manchester United mentioned in the same sentence over the weekend.

Unlike last summer, this time the transfer talk actually went beyond spurious chatter, as United refused to rule out a late bid for the 31-year-old, who is on a list of players being considered as an alternative to first-choice target Jadon Sancho.

However, with Tottenham in talks with the four-time Champions League winner, and his agent Jonathan Barnett confirming that his client wants to rejoin his former club, Bale now looks set to return to north London.

Does that mean United ‘missed out’ on Bale? Not quite.

He was certainly considered as a viable target by the club. It is understood that United spoke to Barnett and Real Madrid, who are extremely keen to remove him from the wage bill. However, there has never been an official offer on the table.

Furthermore, while Bale was viewed as an attractive short-term solution at Old Trafford, a number of key figures had reservations, given his age, injury record and – most importantly – salary.

Despite the understandingthat Madrid would foot half of his £600,000 ($780,000) a week wages, Bale would still have been United's second-highest earner, after David de Gea.

Having previously been burned by Alexis Sanchez, the club was understandably reluctant to making the same mistake again by destabilising their wage structure for a single player; the initial slow progress in negotiations with Sancho was down to the same concern.

However, despite Borussia Dortmund’s intransigent stance, United have not completely given up on signing the England international.

It is going to be a tough ask with less than three weeks left of the window, though, particularly as the Bundesliga club is adamant that Sancho isn’t going anywhere.

"We need him, no question.Everyone was happy that he stayed,” head coach Lucien Favre told Keystone-SDA earlier this week, suggesting that Dortmund have already drawn a line under the issue.

Certainly, it is difficult to see a deal being suddenly agreed. Despite progress being made in talks over agent fees, there has been no breakthrough over Dortmund's €120 million (£108m/$142m) asking price.

And the closer we get to the October 5 transfer deadline, the more likely it is that United are going to have to resort to Plan B.

Bale isn’t the only name on their back-up list, after all. Inter's Ivan Perisic, Douglas Costa of Juventus and Bayern Munich attacker Kingsley Coman are also under consideration.

Meanwhile, it seems that Spurs are also set to sign another Madrid player United were interested in.

Bale's club-mate Sergio Reguilon, who spent last season on loan at Sevilla and faced Solskjaer’s side in the Europa League semi-final, is also bound for Tottenham.

United's transfer negotiator Matt Judge had been in talks with the full-back over a potential move to Manchester but an official bid was never submitted to the Spanish champions.

Madrid wanted to include a buy-back clause in any agreement for the 23-year-old– something which United were never willing to entertain.

So, while Daniel Levy prepares a final push to land both Bale and Reguilon, United are reviewing their list of alternatives.