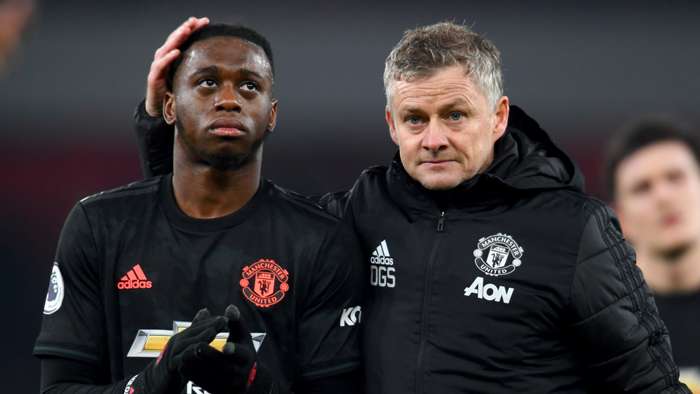 Liverpool may have nothing other than a points record to play for at the Emirates on Wednesday night but Arsenal's victory over the Premier League champions represented a major confidence boost for Mikel Arteta and his players.

Elsewhere, Jose Mourinho proved he's still one of the best reactive coaches in the game in Tottenham's win at Newcastle but Dean Smith is facing relegation, with John McGinn having returned too late to help Aston Villa beat the drop.

Below, Goal runs through the main tactical talking points from matchday 36 in the Premier League...

One of the most notable changes made by Mikel Arteta has been implementing high pressing, a defensive style that’s vital for any big club in the modern game but particularly important for Arsenal.

Their propensity to amble, look soft, and hesitate under Arsene Wenger and Unai Emery was a huge problem and Arteta has sought to shake them out of that attitude over the past few months.

That’s why it is unfair to characterise their two goals against Liverpool as ‘gifts’ presented to them by unforced defensive errors.

Arsenal were hyper-alert to the visitors’ passing out from the back and ready to pounce on any mistake, showing the sharpness, aggression, and active mind that has been absent from the Emirates for at least a decade.

It helped, of course, that Liverpool have gone to sleep since securing the Premier League title.

For the first goal, Arsenal’s forwards had man-marked every Liverpool player, forcing Virgil van Dijk, under significant pressure from Reiss Nelson, to under-hit his back pass. Alexandre Lacazette had to be smart to get their first.

For the second goal, Nelson again sprinted to close down Alisson Becker, whose misplaced pass was intercepted by the ever-lively Lacazette.

Steve Bruce channelled Antonio Conte on Wednesday night to continue his audition for the potential new owners with an attack-minded 3-4-2-1 formation.

Despite returning to a three-man defence, he deployed Miguel Almiron and Allan Saint-Maximin in inside forward roles (rather than on the flanks in his usual flat 5-4-1), with the latter playing a completely free role, dribbling chaotically through the heart of the Tottenham Hotspur midfield.

Spurs’ narrow 4-3-3 left big gaps on the flanks, and so Jonjoe Shelvey dropped into the right wing position to receive the ball and dictate the tempo, feeding the two aggressive wing-backs to stretch Moussa Sissoko and Giovani Lo Celso out of shape.

This created large open spaces centrally, where Almiron and Saint-Maximin would then dominate. It was tactically complex, assertive, and forward-thinking... but Newcastle’s experiment only worked for the first 30 minutes of the match.

Credit to Jose Mourinho for recognising his wide forwards Lucas and Hueng-Min Son were getting lost, stuck between cutting off passing lines to the Newcastle inside forwards and marking the wing-backs – and so doing neither, allowing the hosts to dominate the game by easily moving the ball into the Tottenham half.

At the drinks break, Mourinho switched to a 4-2-3-1, which meant Lucas and Son were now wider and deeper – directly intercepting Newcastle’s route out to their wing-backs and preventing Shelvey from dropping wide to get the ball.

With Shelvey kept central and Bruce’s side unable to stretch Tottenham, suddenly Saint-Maximin couldn’t find any space and the game became stifling for the hosts.

It was classic Mourinho reactivity, and the icing on the cake was the opening goal within moments of the formation change. Lo Celso set up Son on the edge of the penalty area, a position he was not occupying when Spurs were in a 4-3-3.

Although undoubtedly an exceptional defender – the best in the league in his position, in fact – Wan-Bissaka continues to lack the agility, quickness of thought, or technical ability that Ole Gunnar Solskjaer wants from his full-backs.

He created zero chances and completed zero crosses against Palace, which was hardly a surprise given his season average is 0.7 key passes and 0.4 completed crosses per game.

The solution is for Solskjaer to realise that Wan-Bissaka is, in fact, a centre-back being played out of position.

Like Jamie Carragher or Sergio Ramos before him, Wan-Bissaka has immaculate defensive attributes but just lacks the movement of a modern full-back.

Being converted into Harry Maguire’s faster, more nimble-footed defensive partner would improve the back line and make space for a more out-and-out attacking right-back.

Given how good Solskjaer has been at improving individuals, it wouldn’t be beyond him to re-coach Wan-Bissaka – and perhaps replace him on the right with Daniel James.

Villa have been just short of quality throughout the season, again apparent this week as Anwar El Ghazi’s miss from two yards out and Ezri Konsa’s botched clearance cost them a vital three points at Goodison Park.

But Dean Smith deserves sympathy for having to cope without John McGinn for so much of the season, and as Thursday’s clash showed, he and Douglas Luiz could have propelled the club to safety had they played together all season.

Luiz, considered one of Manchester City’s best young players when he was signed in the summer, has finally found his feet in the Premier League. He sweeps up at the base of midfield superbly, intelligently intercepting and picking up loose balls while remaining composed enough on the ball to recycle possession and find McGinn.

The Scotland international plays on the half-turn, and against Everton repeatedly managed to get beyond his opposite number to release Jack Grealish.

Together, Luiz and McGinn dominated central midfield. If only they had been fit all season, and if only Villa had similar quality in the final third, Smith’s side would still be in the survival fight.

Neither midfielder will find any problems getting a Premier League transfer this summer.