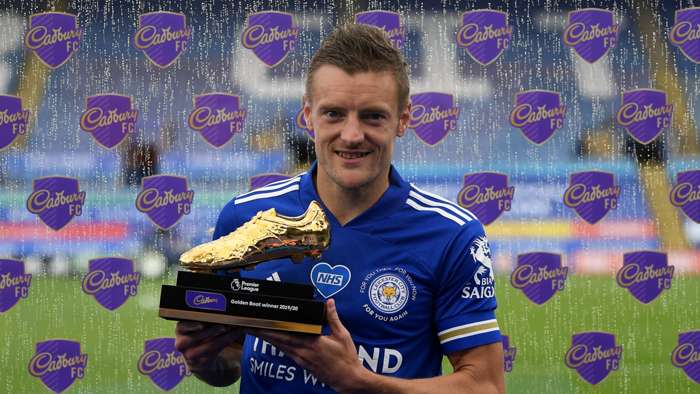 The Premier League Golden Boot is arguably the most prestigious of individual awards amongst forwards, with the award given to the player who scores the most goals in each season.

Jamie Vardy netted 23 times last season to scoop the award for the first time at the age of 33, staving off Pierre-Emerick Aubameyang and Danny Ings by a single goal.

Liverpool forward Mohamed Salah is 5/1 (6.0) favourite with bet365 to win the Premier League Golden Boot for the third time in his career.

The Egyptian previously scooped the award with 32 goals in 2017-18 and 22 the following season, whilst his tally of 19 last term was enough to put him fifth in the top scorer's chart.

Harry Kane is 11/2 (6.50) to add to his pair of Golden Boots and the Tottenham hitman will be determined to make up for a pair of injury-hit seasons.

His first four full seasons in the Premier League saw him net a total of 105 goals, passing 20 in each of those campaigns, but a recurring ankle injury in the last two years means he has accumulated just 35 strikes.

Since joining Arsenal on January 31, 2018, no player has scored more Premier League goals than Pierre-Emerick Aubameyang and he is 6/1 (7.0) to win a second Golden Boot.

The Gabon international has struck 54 times during his time withthe Gunners, with only Salah able to match that tally, and won a share of the individual award in his first full season at the club in 2018-19 with 22 strikes.

Sergio Aguero has scored the fourth-most Premier League goals of all time with 180 to his name and is 7/1 (8.0) with bet365 to win the Golden Boot for just the second time in his career.

It is astonishing that the Manchester City legend has won it just once considering his overall tally, plus the fact that he has scored at least 20 goals in five of his last six campaigns.

Timo Werner looks set to spearhead Chelsea’s attack this season and is 9/1 (10.0) to announce himself in the Premier League by winning the Golden Boot in his debut campaign.

The German forward was signed from RB Leipzig despite being heavily linked to Liverpool for months, and the Blues will certainly be hoping he can emulate the 28 goal tally he accrued in Bundesliga last season.

Man City winger Raheem Sterling broke the 20-goal barrier for the first time last season and is available at 10/1 (11.0).

That took his tally to 55 league goals across the last three campaigns and he will be targeting another stellar term in front of goal.

Current holder Vardy is 14/1 (15.0) to retain the award, with the Leicester striker showing no signs of stopping despite turning 33 midway through the season.

His 23-goal haul last term helped Vardy into a select group of players who have scored a century of Premier League goals and also marked the third time he has scored 20 or more in a top-flight campaign.

Also available at 14/1 (15.0) is Sadio Mane, with the Liverpool forward coming off another notable campaign in front of goal.

He shared the award with Salah and Aubameyang in 2018-19 and after racking up 18 goals last season, is sure to be a threat in the final third once again.

Gabriel Jesus made the most of his limited opportunities last season by scoring 14 times in just 21 starts and is 20/1 (21.0) to become the first Brazilian to win the Premier League Golden Boot.

Marcus Rashford is also priced at 20/1 (21.0) by the online bookmaker after notching 17 goals last season, by far the best return of his Premier League career.

He is joined at that price by teammate Anthony Martial, who also scored 17 goals to enjoy his most successful campaign in a Manchester United shirt.

Danny Ings offers significant value at 20/1 (21.0) after finishing just a goal behind Vardy in last season’s Golden Boot charts, and the Southampton man will surely be the focal point of his club’s attack once again.