Who will be relegated from the Premier League in 2020-21? The favourites, outsiders, underdogs & latest odds

Who will be relegated from the Premier League in 2020-21? The favourites, outsiders, underdogs & latest odds 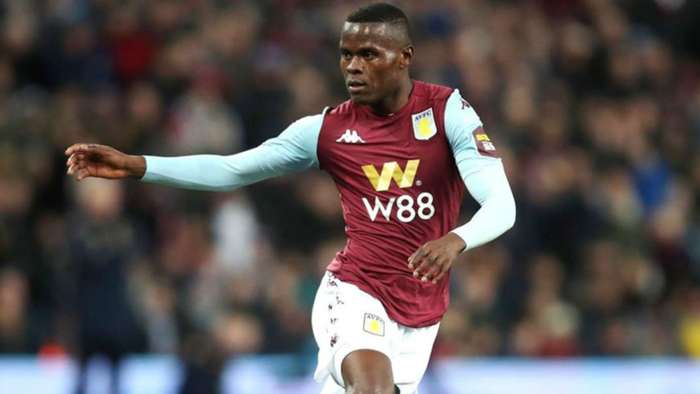 The 2020-21 Premier League season will soon beunderway and there will be plenty to play for at the top and the bottom of the table.

Norwich City, Bournemouth and Watford finished in the bottom three last term and Goal looks at the teams likely to be fighting to avoid the drop into the Championship this time around.

West Brom are Evens (2.0) to get relegated from the Premier League for the second time in three years.

The Baggies finished rock bottom of the top-flight in 2017-18 but rebounded last season to finish second in the Championship behind Leeds United - bet365 do not hold out much hope they can avoid the drop.

This comes as little surprise considering Albion have been relegated in four of the 12 seasons they have played in the Premier League, finishing 19th twice and 20th twice.

Fulham also earned promotion last season and bet365 make them 11/10 (2.10) to be relegated from the Premier League.

That was the second time in three years that the Cottagers escaped the Championship but memories of their dismal top-flight outing in 2018-19, which saw the club go through three managers and pick up just seven wins, will loom large.

Aston Villa pulled off a miraculous escape last season thanks to eight points from their final four games but are 7/4 (2.75) to be relegated this term.

Dean Smith’s side looked destined for the drop following a run of 10 games without victory but avoided an immediate return to the second tier thanks to Jack Grealish’s 84th-minute goal on the final day of the season, which gave them a crucial point at West Ham.

Crystal Palace are 2/1 (3.0) fourth favourites to be relegated despite another solid, if unspectacular, Premier League campaign last time out.

It was the seventh season in a row that the Eagles ended with a points total in the 40s, although their tally of just 31 goals scored was the lowest in the club’s 114-year history.

Newcastle have made significant strides in the transfer market and are 9/4 (3.25) to be relegated back to the Championship.

Callum Wilson and Ryan Fraser have both joined the Tyneside club and Steve Bruce will be hoping they add some much-needed attacking flair to the club, who have scored just 119 goals across the last three Premier League campaigns.

Burnley, meanwhile, are 3/1 (4.0) to go back down to the second tier after five seasons in the Premier League.

Sean Dyche led his side to 15 wins last term, their highest total in the top-flight of English football in 50 years, although their target this term will likely be to avoid the drop once again.

Despite enjoying an incredible first season back in the big time, Sheffield United are 10/3 (4.33) to return to earth with a bump by being relegated.

The Blades finished ninth following a poor end to the season but were in serious consideration for European football for much of the campaign, beating the likes of Chelsea, Tottenham and Arsenal at Bramall Lane.

Under the tutelage of Marcelo Bielsa, Leeds United finally earned promotion back to the Premier League after 16 years away but are 7/2 (4.50) to return to the Championship immediately.

The West Yorkshire side recorded 93 points to win the second tier and have made a splash in the transfer market by signing Rodrigo from Valencia for a club-record fee.

Also at 7/2 (4.50) are Brighton, who have flirted with relegation in all three of their seasons in the Premier League.

In fact, they have amassed just nine wins in each of those campaigns and their total of 27 is the lowest of any side in the last three seasons combined.

West Ham United can be backed at 9/2 (5.50) to be relegated after nine years in the Premier League, although their run nearly ended last term until the Hammers took eight points from their final four games.

Southampton have firmly established themselves as a consistent Premier League side and are out at 8/1 (9.0) to be relegated after an impressive outing last time saw Danny Ings score 22 goals.