'It shows how beautiful my career has been!' - Mourinho not 'depressed' at Spurs amid his worst run in management
Match

'It shows how beautiful my career has been!' - Mourinho not 'depressed' at Spurs amid his worst run in management 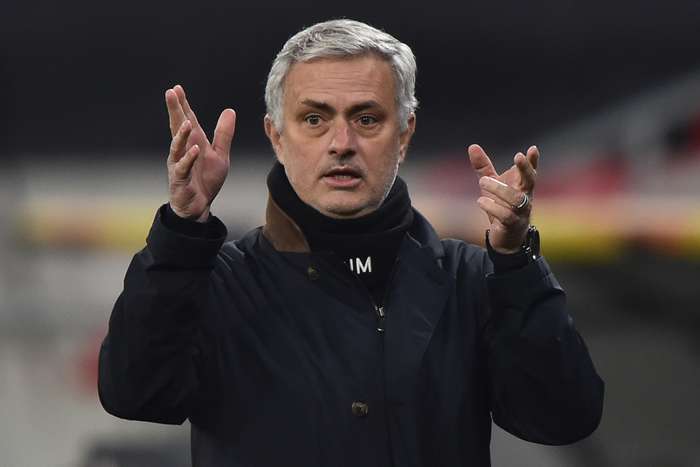 Jose Mourinho insists he is not "depressed" at Tottenham amid the worst run he has experienced in management, which he says just goes to show "how beautiful my career has been".

However, the Portuguese, who has previously won league titles at Porto, Chelsea, Inter and Real Madrid, is optimistic about Spurs' chances of a revival and claims that the spirit in the dressing room remains high.

Mourinho told reporters: "It's positive in the negative that you say I'm not used to this, but I want to know which coach has always had blue sky and never cloudy or a bit dark.

"Perhaps only a coach who is always at a dominant club in a league. It shows how beautiful my career has been. Does it make me depressed? No. It's a challenge.

"I work for the club, the players and the supporters. I always feel I have to give them so much. It hurts me and it's a great challenge for me and I believe I can give it.

"I give it everything everywhere I've been and I'm more motivated than ever. I never felt what normally coaches felt when the results are bad, they are lonely men.

"That's what we normally are. I never felt that in this building. I feel not only respected but supported. Everybody in the same boat. Nobody is happy but nobody is depressed.

"I feel positive. Maybe a bit weird for you after losing so many matches but I'm positive.I'm not happy but I wake up wanting to come here. Everybody is loving training and working hard with so many matches."

Spurs slipped nine points behind fourth-place West Ham after their loss at the London Stadium, but they do still have a game in hand on the Hammers which could prove crucial in the race for Champions League qualification.

Mourinho's men can also book a place in the competition by winning the Europa League, having already put one foot in the last 16 by beating Wolfsberger 4-1 in Budapest last week.

Tottenham also still have theCarabao Cup final to look forward to on April 25, when they will be aiming to win their first trophy since 2008 by beating Manchester City.

Mourinho still has time to salvage a successful campaign, but there is little margin for error remaining in the Premier League as he bids to improve on last season's sixth-place finish.

Tottenham were regulars in the top four under their previous boss Mauricio Pochettino, who club chairman Daniel Levy sacked after a poor run of results in November 2019, and Mourinho could suffer the same fate if he cannot steady the ship in the coming weeks.