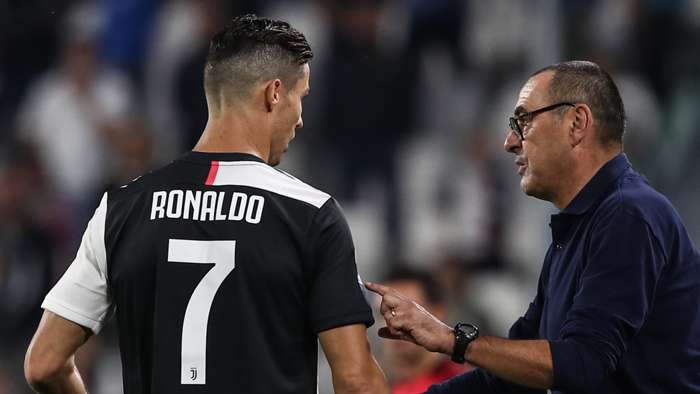 The five-time Ballon d'Or winner scored twice in the space of three second-half minutes to put Juve on the cusp of their ninth successive Scudetto.

Real Madrid and Manchester United great Ronaldo also became the first player to score 50 or more goals in Serie A, La Liga and the Premier League .

"He could be someone who uses up so much energy in each game, but he recovers it every time and he's world class in the mind as well as the legs."

Ronaldo broke the deadlock six minutes into the second half when he converted a penalty after VAR ruled Lazio's Bastos handled his shot inside the area.

Paulo Dybala then teed up Ronaldo for the easiest of finishes three minutes later, while Ciro Immobile's 83rd-minute spot-kick reduced the deficit.

Ronaldo has scored 30 Serie A goals in 30 appearances to top the charts alongside Immobile with four matches remaining.

The Serie A record is 36 goals in a season – reached by Gonzalo Higuain with Napoli in 2015-16 – and when asked if Ronaldo could eclipse the number, Sarri said: "If he puts his mind to something, he's very difficult to stop.

"We'll see if we should rest him over the next few rounds, but if he's still in this shape, then he might not need it."

Juve are eight points clear atop the table, ahead of nearest rivals Inter, with four Serie A fixtures remaining.

"As I've always said, talking about an opportunity to win is like a chance to score a goal. It means nothing unless the objective is achieved," Sarri said.

"We need to get another four points, every point is difficult at the moment playing every three days, so we've got to keep focused.

"There are ifs and buts, but at the first if, that's when I stop listening!"