'When I score my first goal, it's coming off' - Liverpool wonderkid Elliott reveals haircut promise

'When I score my first goal, it's coming off' - Liverpool wonderkid Elliott reveals haircut promise 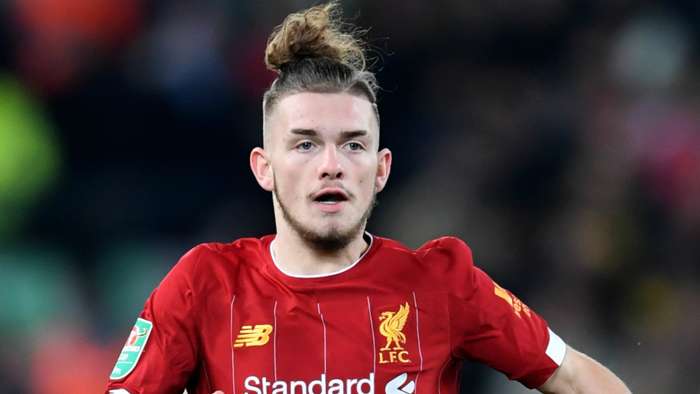 Liverpool wonderkid Harvey Elliott has revealed his haircut promise to the rest of the squad, insisting "when I score my first goal, it's coming off".

He was rewarded for an impressive first year at Anfield with his first professional contract two weeks later, as he committed his future to the club through to 2023.

Elliott has been easy to spot on the pitch due to his trademark ponytail, but he has pledged to chop it off as soon as he registers his first goal in the famous red shirt.

Asked to explain his unique haircut during an interview with The Athletic, the teenager stated:“I’ve had it for about two years. Whenever I tried to put it up at school, I got told off by the teachers. I couldn’t fight against the rules!

"It’s not a popular haircut. Some people think, ‘Why’s he got it like that?’ but I like it. I don’t think Jurgen’s a big fan. Sometimes I’ve come in with it tied up in a bit of a new style and he has just looked at it and started laughing.

"Hopefully, I won’t have too long to wait. I can’t wait for next season to start."

Elliott will be aiming to help Liverpool defend their Premier League crown in 2020-21after watching his new team-mates storm to their first title under Klopp's stewardship.

The Reds won the trophy with a record seven games left to spare, and ultimately finished 18 points ahead of rivals Manchester City.

Liverpool's new season will begin with a Community Shield final clash against FA Cup winners Arsenal at Wembley on August 29, 14 days before the top-flight gets back underway.