What Man Utd must do to secure Champions League football

What Man Utd must do to secure Champions League football 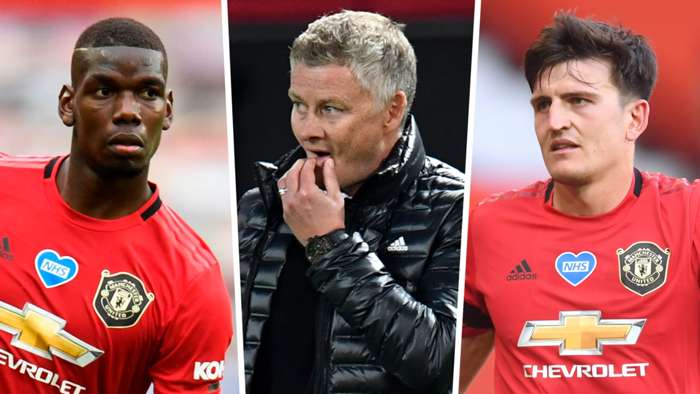 Manchester United’s draw withSouthampton on Monday means that the race to finish in the Premier League's top fourand secureChampions League qualification is on a knife edge with three games to play.

Of course they could be given an earlier boost should either Brendan Rodgers’ side or Chelsea drop points in their own final fixtures,but three wins from three against Crystal Palace, West Ham and Leicester will confirm United return to Europe’s elite club competition.

But what do they need to do to complete the job? Goal looks at the main areas in which Solskjaer's focus should be...

United’s forward line have been mesmerising to watch since football's restart.

Bruno Fernandes and Paul Pogba's relationship in midfieldhas given Anthony Martial, Marcus Rashford and Mason Greenwood the licence to roam and cause havoc, withthe trio havingmanaged 11 goals between them in the six league games since the resumption.

The only issue is that it could, and possibly should,have been far more.

“If we’re talking about goal difference then the defenders have done their jobs, but we created chances and we could have scored three, four or five more,” Solskjaer said after United beat Aston Villa 3-0 last week.

“Of course you’re happy with the way in which we create chances but you have to be more clinical.”

Since the restart United have had 80 shots in six league games, scoring 17 of those chances. It is difficult to pick fault in a team that has created so many opportunities, but had just one more of theireight shots gone in against Southampton on Monday they wouldfind themselves in a more favourable position going into Thursday night's clash at Selhurst Park.

Squandering chances hasbeen a common theme since the restart. Even when United fired five past Bournemouth, it could have been 10.

It isunlikely that the race for fourth will come down to goal difference,but should it do so, those missed opportunities may come back to haunt Solskjaer and his squad.

For as good as United'sforwards have been in recent weeks, the defence haslooked shaky at times.

Harry Maguire was at fault for Steven Bergwijn’s opener in the first game since the restart at Tottenham, and though since then United have only conceded four goals in five games, there have been times where they havebeen tested and not looked convincing.

For the first 25 minutes against Aston Vila there were nervy moments, and it was more the home side’s finishing rather than an excellent defensive displaythat meant that Dean Smith's sidedid nottake the lead.

United's backline too were poor at times during the5-2 win overBournemouth whilethey should have done better for Southampton’s corner where Michael Obafemi scored the Saints' late equaliser last time out.

Solskjaer, though, remainshappy with his back four as a unit.

“Ithink we've had a couple of things against teams that show we're improving all the time, we can defend well at times. When you say defence I look at the whole XI because we start pressing from the front,” the United manager said ahead of the Palace game.

He knows, however, that there have been too many mistakes that need to be ironed out. United cannot afford any defensive calamities in the final three games.

Despite the disappointment of that last-second Southampton equaliser, United's unbeaten run now stands at 18 matchesas they head to Selhurst Park.

There hasbeen an air of confidence around the squadthat hasbeen lacking in the past, and they cannot allow that to drop going into the last week of the campaign.

Only twice this season have Unitedmanaged to come from behind to win, and theywere within moments of making a third such success onMonday.

But as they sat back, the Red Devils' confidence dropped, and then came the equaliser.

Solskjaer has stuck with the same starting line-upfor the past five league games,and though he claims the upcoming FA Cup semi-final against Chelsea is "irrelevant"when selecting his team for Thursday evening,the hardest task will be selecting an XI that is capable enough and confident of winning atSelhurst Park while keeping players fresh for the trip to Wembley three days later.

Being quick out of the blocks -something they have struggled with in the past few games - will be key to not only securing a victory but allowing the Norwegian to rest star players without compromising the result.

Of course, ifUnited do not manage to secure a top-four finish in the Premier League,they could still qualify for the Champions Leagueby winning this season'sEuropa League.

Solskjaer’s side are favourites to lift the trophy in Cologne on August 21,with four games sitting between them and a European trophy.

A 5-0 win in thefirst leg of their last-16 tie against LASKmeans they arealmost guaranteed a place in the quarter-finals, where they will meet either Istanbul Basaksehir or FC Copenhagen before a potential semi-final against one of Olympiacos,Wolves, Sevilla or Roma.

With the competition coming to an end in a one-legged knockout tournament in Germany, it gives Solskjaer the luxury of being able to field his strongest XI in every game.

Where ordinarily United have named second string line-upsin Europe's secondary competition, there is enough rest between each game for Solskjaer to be able to go with his stronges team in each outing.

That in turn offers the cluban even better chance of getting their hands on thertrophy and, most importantly, that Champions League spot.