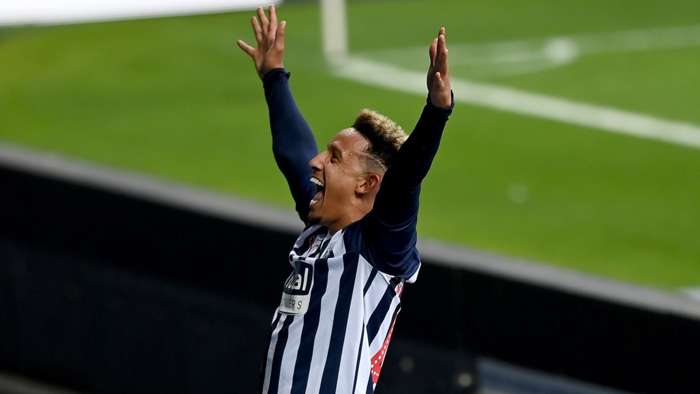 West Brom clinched the second automatic promotion place in the Championship on a dramatic final day of the season as Wigan Athletic's spirited survival bid failed.

A seemingly straightforward home fixture against QPR did not go entirely to plan for West Brom, but a 2-2 draw took them up as Brentford went down 2-1 to Barnsley on Wednesday.

That result saw Barnsley stay up, but Wigan could not join them as they drew 1-1 with Fulham – who could have been promoted with a win – and went down due to a looming 12-point deduction.

Charlton Athletic and Hull City were also demoted, while there was a similarly chaotic finish in the play-off race.

Both West Brom and Brentford lost their nerve with two matches of the campaign remaining, but a return of just a single point from a pair of games proved enough for Slaven Bilic's team.

Following Friday's defeat to Huddersfield Town, West Brom were boosted by Brentford's own reverse at Stoke City yet could not beat QPR.

West Brom trailed to Ryan Manning's strike before turning the match on its head with goals either side of half-time through Grady Diangana and Callum Robinson, only for Eberechi Eze to equalise just past the hour-mark.

It mattered not, though, as Brentford failed to capitalise, instead losing again.

Josh Dasilva cancelled out Callum Styles' Barnsley opener, but as Brentford pushed for a precious winner, Clarke Oduor tapped in at the other end in the 91st minute.

There were contrasting scenes at full-time in the final regular league match at Griffin Park after Barnsley celebrated as Brentford collapsed.

The visitors were heading down until Oduor struck but stayed up at Charlton's expense, the Addicks going down 4-0 at champions Leeds United.

Hull propped up the table after a 3-0 defeat at Cardiff City, while Luton Town stayed up thanks to a rallying 3-2 success at home to Blackburn Rovers, aided by two own goals.

Wigan needed to win due to their deduction following administration, but one of the form teams in the division let a lead slip against Fulham, their total of 59 points bumped down to 47 to fall a painful point short.

With rivals Cardiff comfortable in claiming their play-off place, Swansea City needed to beat 10-man Reading while Nottingham Forest lost to Stoke City, along with a five-goal swing.

Improbably, the Swans stole sixth place from Forest after a remarkable finale.

The Welsh side won 4-1, netting their fourth in the 91st minute as Wayne Routledge headed in his second.

That scoreline left Forest – 3-1 down at home to Stoke at the time – needing to score, but instead they conceded, their promotion bid derailing in spectacular fashion as Nuno da Costa stabbed into his own net in the sixth minute of stoppage time.