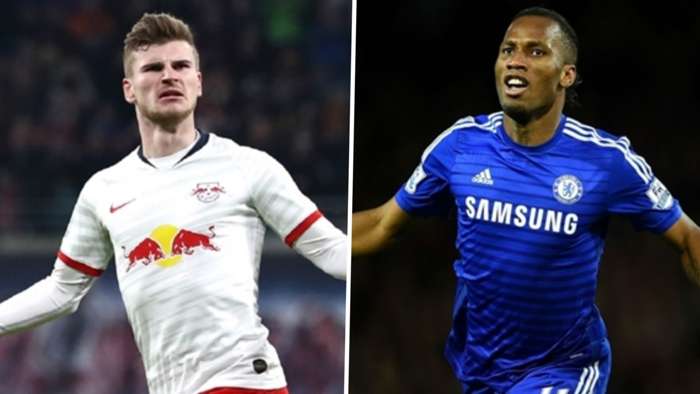 He was among those snapped up by Jose Mourinho in 2004 when the Portuguese was first acquired by Chelsea and charged with the task of turning them into Premier League champions.

Drogba became a talismanic presence under a number of coaches, with over 150 goals recorded and 12 major honours collected – including four league titles and a Champions League crown.

His skill set was perfectly suited to life in England, with his pace and power allowing him to thrive in the most demanding of divisions.

Werner is now hoping to follow in illustrious footsteps, with the 24-year-old frontman having been snapped up by Frank Lampard from RB Leipzig.

Sinclair believes a proven goalscorer boasts all of the attributes required to star for Chelsea, with there also plenty of positives to be found in the Blues’ other transfer business.

“Hakim Ziyech has shown Chelsea fans that he is a super player from their games against Ajax in the earlier rounds of the Champions League so I’m really looking forward to seeing him play,” former Blues defender Sinclair told Gentingbet.

“I think Werner is what I think Chelsea have not had for a while, probably since the Didier Drogba days of a real top-class striker who has pace and is a very tricky player as well.

“There's rumours about Kai Havertz, but I think there's a lot of clubs that will be in for him, as he’s a terrific attacking midfield player so we'll wait and see.

“For me, I think the team needs strengthening in the defensive department with probably a left-back, which is something that's been talked about and perhaps another centre-half as well.”

Lampard appears to be switching his focus to defensive additions after further bolstering his attacking options.

He now has plenty of firepower at his disposal, with Werner set to join an attacking unit that already includes England international Tammy Abraham and World Cup winner Olivier Giroud.

“One thing that Giroud has shown is that whenever he's been called on at Chelsea, he's been fantastic,” added Sinclair.

“If you look at his stats, by games or goals, it's as good as anybody in the Premier League.

“He obviously didn't start the season in favour but he certainly won Frank Lampard over and he's been probably the most in-form striker since the restart so I think he's done enough for a new contract at the club.

“You'd imagine that he's going to play second fiddle to Timo Werner but at the same time, he's a great person to be able to call on with his experience and ability.”