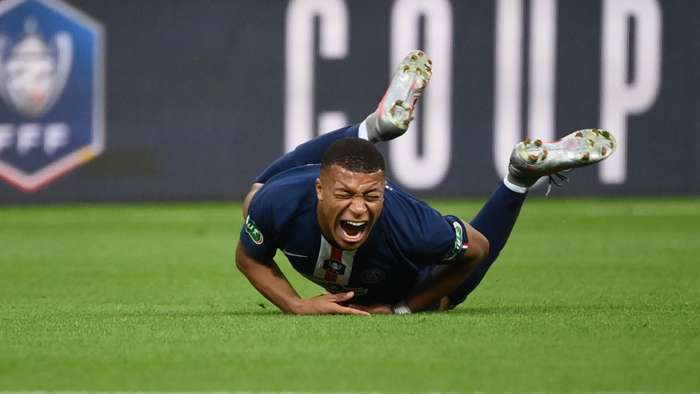 Thomas Tuchel's side will take on Atalanta on August 12 in a straight knockout tie in Lisbon, with the original two-legged format shelved in favour of a revised tournament on neutral ground amid the coronavirus crisis.

PSG are among the favourites to win this year's competition after being handed a favourable draw, with a semi-final tie against either RB Leipzig or Atletico Madrid awaiting if they can overcome Italian opposition in Portugal.

Mbappe has hit 30 goals in 34 appearances in all competitions for the Ligue 1 champions this season, but Tuchel has admitted it would be a "miracle" if thekey performer recovers in time to face Atalanta.

However, PSG midfielder Ander Herrera is more optimistic about his team-mate'schances of featuring, as he told reporters following the penalty shoot-out victory overSaint-Etienne: "Kylian is very important and I'm sure he will try to play."

Wenger has echoed Herrera's comments, expressing his belief that the World Cup winner will do everything possible to make sure he is back on the pitch in top physical condition.

"I saw what happened to him. I think he will play, and I think he is convinced of that too," the legendary former Arsenal manager told Europe 1. "Something tells me that and I am used to watching top athletes when they are really seriously injured.

"I think that there is a form of confidence, by observing it well. I am practically sure that he will play against Atalanta. Mbappe, I believe in himenormously."

PSG saw off Borussia Dortmund in the last 16 to reach the finaleight, beating the German giants 3-2 on aggregate before the Covid-19 crisis stopped play in March. Neymar scored decisive goals in both legs, and he will be expected to step up to the plate again if Mbappe is unable to lead the line.