'We were very, very close' - How Arsenal missed out on Sancho, Pulisic and Bellingham
Match

'We were very, very close' - How Arsenal missed out on Sancho, Pulisic and Bellingham 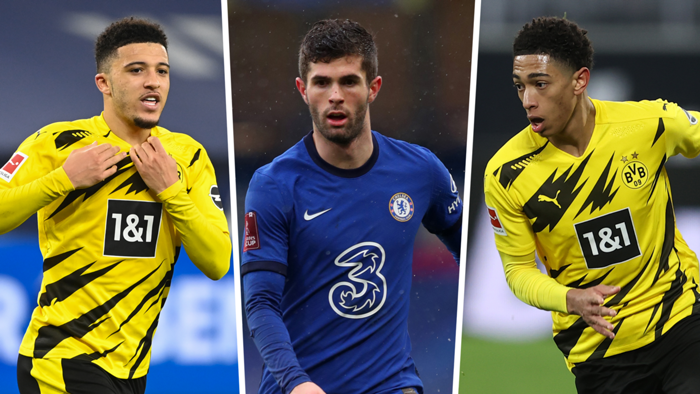 Top clubs across the world all have a catalogue of near misses when it comes to landing top talent and at Arsenal it isno different, with Arsene Wenger having spoken time and time again about players he came close to landingduring his 22-year spell in charge.

With recruitment as competitive as it is in football, scouts across the world always have their fingers on the pulse, and as soon as they spot players they think can make the grade, the alert goes out.

And, having been head of youth recruitment at Arsenal for almost a decade before leaving in 2019, the names of those players would often fall on the desk of Steve Morrow.

So when it comes to the ones who got away for the Gunners, few know more than the 50-year-old from Belfast.

“Every top club will say there were near misses,” Morrow tellsGoal during an exclusive interview.

“Jadon Sancho was certainly one of those. We missed out on him once when he moved from Watford and went up to Manchester City, and then again when he reached that age at City when young players have a choice to make.

“Jadon felt that his future was away from Manchester and we were very, very close to signing him, but the family felt at the time that the best opportunity for him was at Dortmund and off he went.”

Morrow adds: “There have been others. Jude Bellingham was another one that was very similar to that.

“When he came to the end of his contract at Birmingham and was debating whether to stay there and sign a scholarship or move somewhere else, we were very close to that one as well.

“But sometimes it just doesn’t happen and you have to accept it.”

Another star name who was on Morrow’s radar during his time at Arsenal was Christian Pulisic.

In fact, the United States international even travelled over to England and spent some time with the Gunners as a teenager before eventually moving to Borussia Dortmund.

“Through our connections in the States, Christian was one that I actually had over at London Colney as a 14-year-old,” recallsMorrow of the Chelsea winger. “He came in and did quite well, but he was small and underdeveloped physically when he came to us.

“I did see his potential but he was certainly behind physically in terms of the same age group with our boys.

“I wanted to bring him back again, but it just didn’t work out and he went to Germany unfortunately.”

But while there were plenty of players who slipped through the net at Arsenal, there were also plenty who were spotted and brought on board.

There are few areas as competitive as London when it comes to signing young talent, with several clubs battling it out to convince the capital’s best emerging stars that their academy is the best place to develop.

And a glance at Mikel Arteta’s first-team squad right now shows that Arsenal enjoyed plenty of success in that regard on Morrow’s watch.

“When you are at a big club like Arsenal you have to be aware of everyone who is out there, and it was my job to make sure we were being competitive and in the market for the best players around.

“Right from the age of Under-9s, when you first start academy football, that is a really competitive age group.

“Trying to identify those best young players in the London area that every other club like Chelsea, Tottenham and West Ham are looking at and getting them into your system and then keeping them all the way through was a big, big challenge.

“We had to put the best structure in place and make sure we knew what we were and the product we could offer to younger players.

“I’m very proud of all of the work we did on that and you see the results of that today with the likes of Emile Smith Roweand Bukayo Saka who are helping to drive the first-team forward at the moment.”

Morrow adds: “They are both players I always rated very highly, definitely from 14 upwards.

“Bukayo always stood out physically because he was well developed. He had that power and strength and was very direct. But you could see that he had great technical ability as well and was a very intelligent player.

“What was also very impressive about Bukayo was his maturity from a young age and his mentality and composure. Nothing really fazed him. Anything you put in front of him he was able to deal with it.

“Emile was similar. The unfortunate part for him was as he was growing into his body, he faced some injuries during that period which held his development back a bit, otherwise I think he would have developed even quicker.

“With Emile you could see that his technique was fantastic in tight areas. What was impressive about him from a young age was his decision making. In tight areas he knew when to lay it off quickly and recognised a simple pass when it was on.

"He always demonstrated great intelligence from a young age and you can really see that now.”

Another youngster who progressed through the Arsenal academy on Morrow’s watch was Folarin Balogun.

The highly-rated striker has made his mark on the first team this season, scoring twice in six substitute appearances - but he is edging towards a summer departure.

The 19-year-old’s contract expires at the end of the campaign, and despite prolonged talks over extending his stay, an agreement has yet to be reached.

It isa frustrating situation for the Gunners, who want Balogun to stay, but for Morrow it isan example of the difficulties clubsnow face when it comes to keeping hold of their best young talent.

“I sat down with him Balogun and his family before he signed his scholarship and his first professional contract and persuaded him that it was the right thing to do,” saysMorrow. “He was rated very highly and I know he still is within the club. He’s someone who has the potential to go on and do really well.

“But players, probably more so now than 10 years ago, think more about the opportunities of where they can play in Europe and whether they will get more opportunities there to play games.

“Thankfully, we didn’t lose too many. Only one or two really went on to not commit their future to Arsenal, but it is a tough job. It’s about the work you do developing them that makes them want to stay and sign with you.”

Morrow adds: “That’s a really tough side of recruitment and academies.

“It’s not just finding players on the outside but it’s doing a good enough job to retain your own players. That was a big part of my job and responsibility.

“It’s about building relationships with players and their families so that when it comes to signing scholarships and professional contracts, you are going to be in a strong position and that those players want to stay with you.”

Whilst London is understandably a key area for Arsenal in terms of youth recruitment, they have always been known for their ability to spot talent from abroad and bring them to the club early.

There have been plenty of success stories over the years, ranging from Nicolas Anelka to Cesc Fabregas and Hector Bellerin.

One player Morrow played a key role in bringing to north London from Europe was Serge Gnabry, who moved to Arsenal from Stuttgart in 2012.

But despite forcing his way into the first team at an early age, Gnabry ended up leaving in 2016 having opted against signing a new contract and now - just five years later - he is starring for Bayern Munich and is widely recognised as one of the best talents in world football.

“It was really frustrating,” saysMorrow, when discussing Gnabry’s decision to leave. “He had been with us since he was 15. We did a deal with his club in Germany to come and join us.

“Serge showed glimpses of his potential and his ability with us and played a number of games in the first team. But he didn’t really develop as we wanted him to and injuries definitely played a part in that.”

Morrow adds: “He was very highly rated and well thought of by everyone across the club.Everyone wanted to keep him and I fought very hard, right to the end, to do that.

“But once he got back to Germany, he really went off, so I guess that was a sign that he made the right decision. Maybe he wouldn’t have achieved what he has in Germany if he had stayed in London.