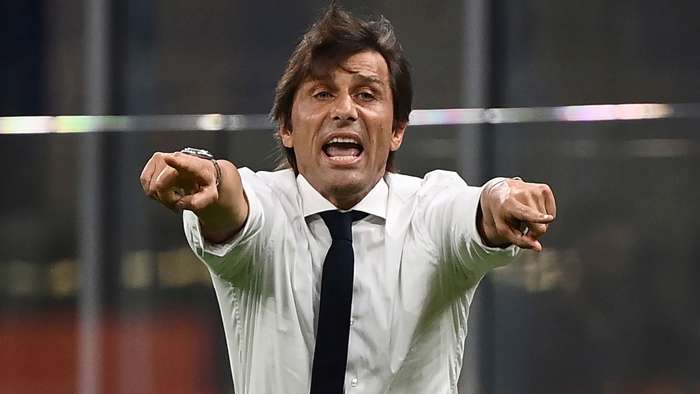 Inter boss Antonio Conte had strong words for Inter's management team after leading his side to second place in Serie A on the final weekend of the season.

That result confirmed the Nerazzurri's position as runners-up ahead of the Bergamo side and brought them to within just a single point of champions Juventus at the season's close.

A late surge of three consecutive victories sent Inter flying up the Serie A standings, quelling criticism directed at Conte and his charges as they struggled for consistent form earlier in 2019-20.

But the coach was in no mood to forget those barbs and the club's failure to shield him and the squad as he revealed his frustrations.

"The team has heart and pride, the desire to show that the criticisms we received were not correct," he fired toSky Sportafter the final whistle.

"So there will be time for everybody to make the right evaluations, because it was a very intense year, especially for me personally. It was not easy.

"Neither my work nor the players' work was acknowledged, I found little protection from the club when making comparisons. If you want to reduce the gap with Juventus you have to be strong on the pitch but above all off it.

"We will have to talk to the president who is in China now. I don't like people jumping on the bandwagon now, we have to be there for the good times and bad and this has not happened at Inter. I understand that, if you are weak, it is hard to protect your team and coach."

Conte went on to praise his charges for creating a siege mentality around San Siro when the team was struggling for results, but repeated his call for more assistance from theboard.

"We did well in isolating ourselves and creating a united front, despite the difficulties of having just three central midfielders or two forwards," he added.

"Until two weeks ago,inappropriate against me and the players were being said on television and you need protection in those cases. We have a lot of work to do off the field, so everyone will carry out their own evaluations.

"What I have to say is not strong, I won'tmince my words: I was irritated to see some people jump on the wagon only now, when the players and I were left to deal with the bad times and we weren't protected. But it's fine, the league is over and now we have the Europa League.